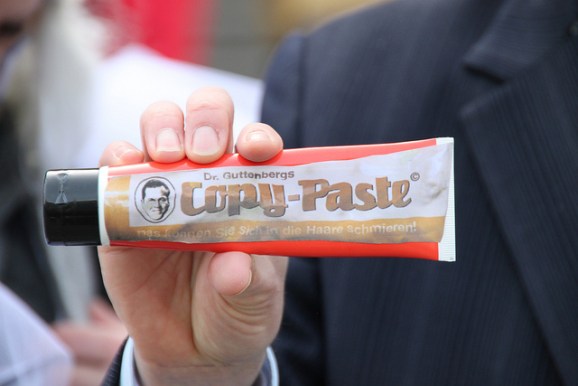 Email junkies were thrilled when Google released a new app, Inbox, last week. Inbox is a major upgrade over Gmail’s previous smartphone app and, as I reviewed, it is my new favorite way of cutting through email.

Unfortunately, Inbox isn’t available to the public yet and invites are super scarce. But there’s really no need to rush to get Inbox yet, since the initial version of the app is basically an identical replica of Mailbox, a smartphone email application that is available for free, right now. Indeed, Mailbox has a few features that make it a better alternative to Google (for now).

The primary feature in both Google Inbox and Dropbox’s Mailbox is right and left swiping for super-quick archiving and scheduling (as can be seen from the demo above). Mailbox become popular for pioneering a feature that allowed users to schedule emails to bounce back into the inbox if they were not responded to by a certain time. This way, emails never get lost in the shuffle.

Gmail Inbox copied this feature. As someone who has been using both Mailbox and Google Inbox for the last week, I can say, without hesitation, that 90 percemt of the time, both applications are identical.

It is true that Google Inbox has a few cool added features that Mailbox does not. First, users can schedule reminder emails by location. So if I want to be reminded of an email conversation when I’m meeting someone for dinner, I could schedule it to bounce back to the top of my inbox when I arrive at the restaurant.

Second, Google’s Inbox is also much better at searching for past emails. Unlike Mailbox, a search for a business name will bring up contacts associated with the business, not just messages with the keyword itself.

But Mailbox has a few nice features that Inbox doesn’t, which is why I still haven’t completely switched. Most importantly, Mailbox provides a series of preset schedule reminder times, like “This weekend” and “In a Month.” For Inbox, I have to painstakingly enter the exact dates for the weekend, which makes getting through my email much longer.

Second, Mailbox has much better offline support. I was at the Life Is Beautiful Festival last weekend in Downtown Vegas. Reception was terrible, and Google’s Inbox was constantly searching for a good signal. Mailbox worked much better, because it’s built for offline support.

Eventually, the two applications may diverge in quality and feature set. But for now, they’re pretty much identical. So don’t fret about getting an invite code. Mailbox is (most) everything you’ll probably need.