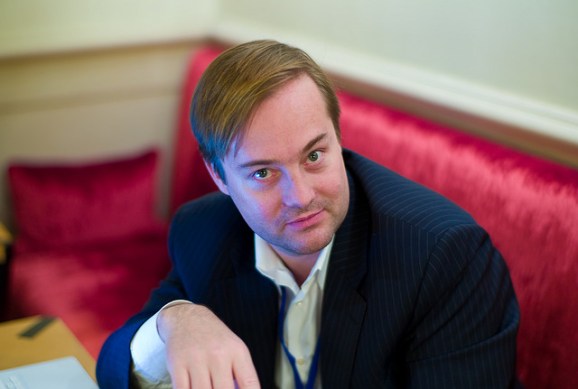 In a misguided marketing and fundraising stunt yesterday, the founder of a car rental app hacked into the voice mail of angel investor Jason Calacanis and changed the message to promote his company.

Avi Zolty, who runs Skurt.co and is a Y Combinator alum, also wrote about the move in a post on Medium that he later deleted. (You can find a screenshot of the post here.)

“My whole life has been focused around using new and experimental methods to promote ideas,” he wrote. “Therefore, when we decided to raise a new round for our startup, I knew we had to do something unique if we wanted to get attention.”

The voicemail can still be heard in a SoundCloud file here:

“Hey guys, we temporarily borrowed Jason Calacanis’ voicemail,” he says on the message.

Well, attention he got.

Zolty posted a link to the Medium post on Hacker News, which administrators have apparently removed. Hacker News readers were not amused.

“Ethical quandaries aside (of which there are several) for a moment, I think this strategy speaks poorly of the startup,” said one comment. “What type of signal does it send to prospective investors that you feel it’s necessary to pull illegal stunts in order to gain attention for your round?”

Insane. Someone hacked my voicemail and changed my outgoing message to get me to invest. http://t.co/PTtjq289bX

After an email exchange with Zolty, Calacanis offered forgiveness and a bit of advice.

I forgive the kid who hacked my phone today. I know he was just an overzealous fan, but… #jcalgate pic.twitter.com/bTtONeGMv9 — jason (@Jason) October 27, 2014

Zolty was part of the Winter 2013 Y Combinator batch for another startup, BeatDeck. Finding himself on the wrong end of the backlash, Zolty also apologized to Calacanis.

I just wanted to take a moment to sincerely apologize to @jason publicly. Been in contact, he’s a great sport, and I admire him so much. — Avi Zolty (@AviZolty) October 26, 2014