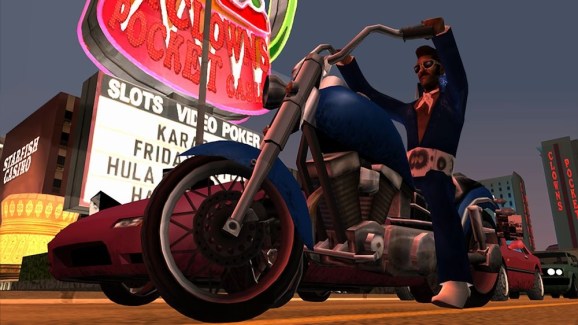 Grand Theft Auto V for Xbox One and PlayStation 4 isn’t the only game developer Rockstar is re-releasing this fall. The company just launched an upgraded version of Grand Theft Auto: San Andreas for Xbox 360 as well.

The open-world crime game is available to purchase digitally from the Xbox Games Store on Microsoft’s older system for around $4. This includes the entire PlayStation 2/Xbox-era game, but Rockstar went ahead and upgraded the graphics for the HD era. This means things look better and less fuzzy.

YouTube video creator Obsscuree uploaded a graphical comparison that shows some of the differences during the beginning of San Andreas’s story.

As you can see, Rockstar didn’t just crank up the resolution on the old game, which debuted in 2004. The studio added improved textures and details. Look at the road — it now looks like pavement. And you can see power lines and the city in the distance.

But overall, the new San Andreas probably looks a lot like your memories of the original. If anything, this HD re-release is potentially less stylish as Rockstar has turned down the pervasive orange hue that engulfed the original.

This isn’t the first time Rockstar re-released San Andreas. You can get the game for your smartphone from iOS and Android.