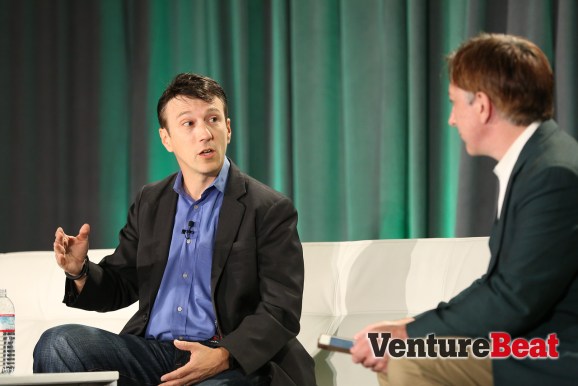 SAN FRANCISCO — Sometime in the not too distant future, your doctor could write you a prescription for a smartwatch and an app to track your health. Data will flow out of the device, right into your electronic medical record, where the doctor could use that data to hone her treatment plan for you.

And even without treatment changes, the app and smartwatch might by themselves help you make healthier choices.

“You’ll change your behavior just because I’m watching you — that Hawthorne effect,” said Daniel Kraft of Singularity University in a wide-ranging discussion here, at VentureBeat’s HealthBeat conference, about what he believes lies ahead in health care.

Not only could an Apple Watch or an Android Wear device play a role in this process. Complex analytical computations — or even artificial intelligence, Kraft said — could well be involved as well, crunching all of that data on behalf of doctors. And while someone hidden away in a foreign country could look over patterns and send their findings to doctors, robots could “replace” such people in the health care pipeline, Kraft said.

“The blending of robotics, AI, and analytics will hopefully enable the clinician,” Kraft said.

Such a future seems wildly imaginative, but then again Internet-connected devices are becoming accessible to consumers at a faster rate than ever. The computational power on the wearables is on increasing. And devices are taking the form of gadget-packed clothes, patches, and glasses. So maybe Kraft’s vision isn’t all that farfetched.

There are, for example, plenty of robots and drones that could come into play.

“Maybe you have a telepresence robot visit you,” he said, and a “drone comes flying in” to deliver drugs.