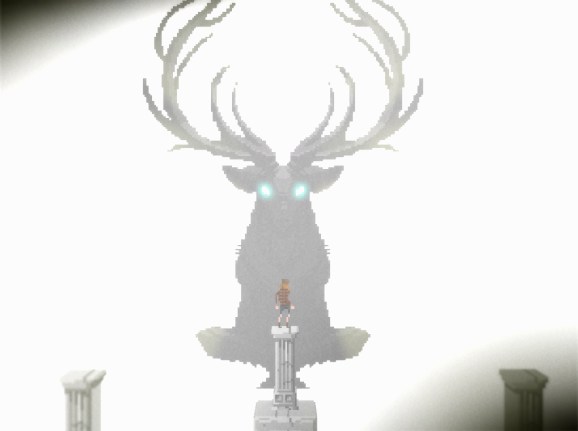 That would be The Deer God.

It’s a crowded, competitive market for many indie developers, so we decided to highlight some of the games that we found most interesting. The catch? The developers had to pitch their game to us in one tweet. We then picked the best pitches and wrote about their games, including the one below, an 2D platformer from developer Crescent Moon Games that places players in the role of a dead hunter reincarnated as a deer.

The game: The Deer God

Oh dear god, you should check out The Deer God, a game about reincarnation and life as a deer. #GamesBeatPitch pic.twitter.com/5DQy37yGb6

Why I picked this: Because, come on, who hasn’t thought about being reincarnated into a deer? Anyone? Personally, I love games that place me in unusual roles, and it doesn’t get much odder than this. I’m also a pretty big fan of classic animated Disney films, so the Bambi enthusiast in me was definitely curious.

What is it? The Deer God is a 2D platformer. You play as a deer who has to jump around some obstacles, eat fruit, kiss some does, and survive against vicious animals and human hunters.

It features a retro-inspired art style reminiscent of 16-bit classics, but the 3D pixels give the game depth. Background and foreground elements scroll around and really help make the scenery feel more real. Well, maybe not real, since it’s such a retro style, but the game certainly feels more vibrant than most 2D platformers. 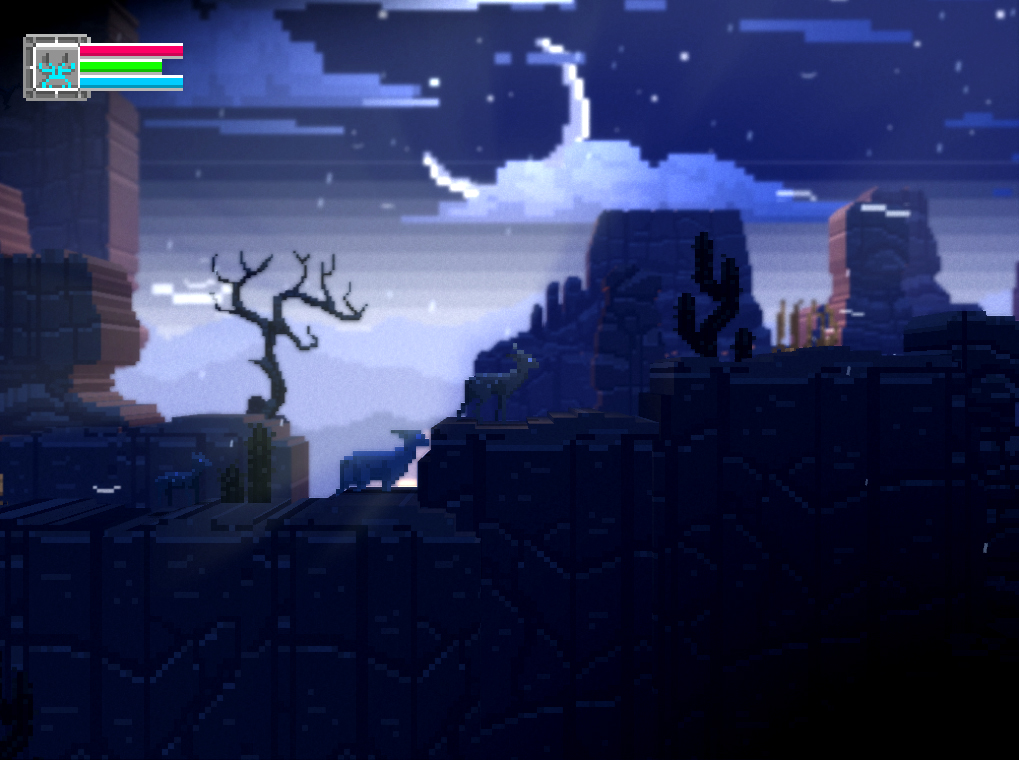 Above: Of course, a game by a studio called Crescent Moon would feature a huge crescent moon.

Is it any good?: Although it’s just in an alpha state, The Deer God is already a gorgeous game. The colors are vibrant, the 3D pixels look fantastic, and the music is delightfully eerie. It also features precise controls, which is a must for a decent 2D platformer.

Of course, what I played was far from a finished state. I’m not sure exactly how the final game will play, but I’m certainly confident that, if nothing else, it’ll be a beautiful experience.

Look for it: The Deer God is coming out later this year, but you can preorder it now.

This is the sixth of 10 selections from our “Pitch us in one Tweet” contest. You can find the rest of our choices by following this tag.