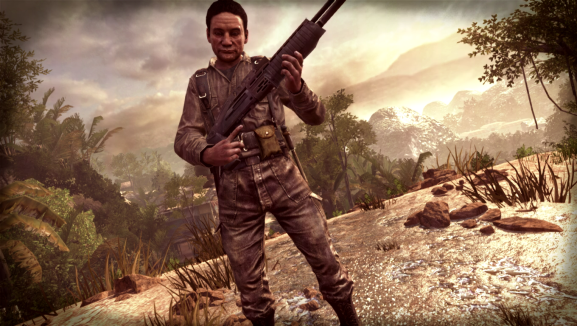 The Los Angles Superior Court magistrate kicked out the former Panamanian dictator’s lawsuit against publisher Activision from his court. Noriega tried to claim that Call of Duty: Black Ops II used his face and historical details without getting authorization. To mount its defense, Activison brought on former New York City Mayor Rudy Guiliani. The former politician argued that Activision was well within its First Amendment rights, which he says grants creative expression the freedom to portray and criticize public figures.

Judge Fahey agreed with that assessment.

“Today’s ruling is a victory for the 40 million dedicated members of our Call of Duty community and global audiences who enjoy historical fiction across all works of art,” Activision Blizzard chief executive officer Bobby Kotick said in a statement. “I want to thank Mayor Giuliani, who has dedicated his life to the protection of citizens against terrorists like Manuel Noriega and today for defending free speech.”

A digital depiction of Noriega appeared in the 2012 Call of Duty shooter Black Ops II. The narrative has Noriega kidnapping and murdering people. The former dictator is serving a prison sentence in Panama for murder and money laundering.

“What’s astonishing is that Manuel Noriega, a notorious dictator who is in prison for the heinous crimes he committed, is upset about being portrayed as a criminal and enemy of the state in the game Call of Duty,” Giuliani said earlier this month. “Quite simply, it’s absurd. I’m not interested in giving handouts to a convicted murderer and drug smuggler like Manuel Noriega who is demanding money from Activision and its popular Call of Duty franchise for simply exercising its right to free speech. Noriega’s attack on the rights of Call of Duty comes as no surprise considering he’s a lawless tyrant who trampled over the rights of his own people.”