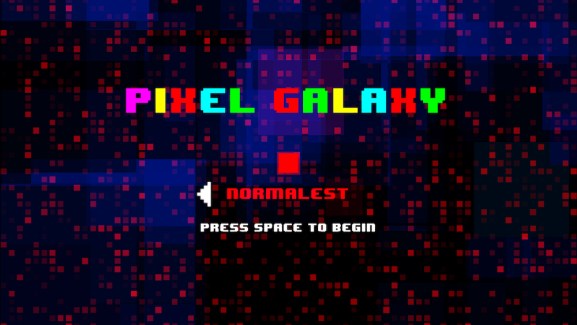 The difficulties range from "Easiest" to "Normalest."

GamesBeat recently reached out to indie-game developers on Twitter and asked them to sell us their projects with a single tweet. It took us a while, but we finally whittled down the list to our 10 favorites. We would have been done sooner, but we had some bills due. And it turns out that mini-candy bars are only a valid form of currency in my house.

We’re hitting the top 5 pitches this week, and No. 4 is a throwback to the simple days when death came swiftly and bullets covered the screen like salt on a pretzel.

Availability: It’s in Steam Greenlight for PC/Mac release early next year. The developer also plans to make versions for Wii U, PlayStation 4, and Xbox One.

Pixel Galaxy: A bullet-hell space shooter with no space or shooting. Touch others to build yourself. #GamesBeatPitch pic.twitter.com/Gr1yKdD9Z2

Why I picked this: The first sentence drew me in with its intriguing promise of non-shooty spacelessness. And then the second part appealed to the 12 year old in my brain who wants to make everything lewd.

What is it? It’s the story of one pixel’s fight against an increasingly negative universe, one where it is easier to destroy than to create, and absolutely everyone has guns. It is in this setting that our hero declares that he will not succumb to the violence of his society. He will prevail, surpass, and transcend those base emotions, and he will make the most dangerous choice of all: to choose love and togetherness when neither are valued or rewarded.

What this means is that you can’t shoot. But while you fly around avoiding all of those things that want to kill you, you can grab other pixels and stick them on your “body” like square armor. And some of the pixels you pick up can shoot, so that also solves that problem. It ends when your original pixel takes a bullet, and that’ll often happen faster than you’d think.

Is it good? Based on the demo build I played, it’s very good. Mixed in with the old-school franticness and challenge, Pixel Galaxy supports a variety of strategies. Do you make your pixelated, Lego-esque blob small and fast, or do you build a heavily armed juggernaut that can take a few hits and just plow through everything?

Galaxy draws inspiration from some interesting sources. It feels an awful lot like a 2D version of developer Namco’s strange “build a ball out of everything” title Katamari Damacy with a little bit of 2012’s spaceship fantasy game FTL: Faster Than Light thrown in. But it’s so difficult and happens so fast that you’ll probably just think of it as a ball of frustration covered with a light dusting of failure.

But in a good way. 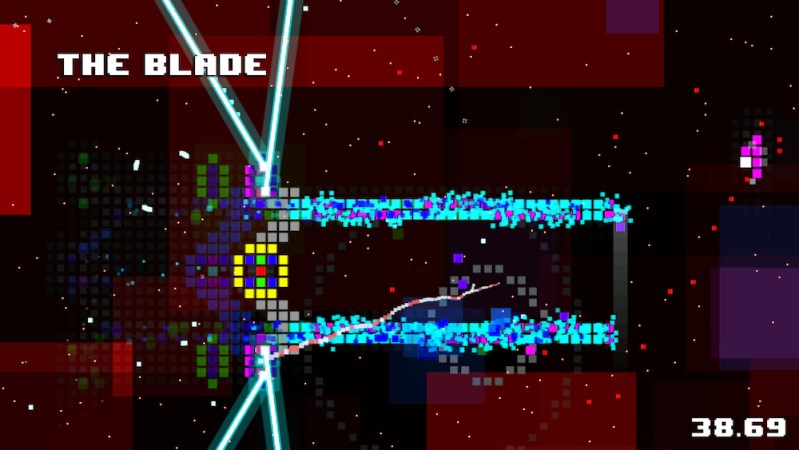 Above: Pixel Galaxy includes some colorful bosses to fight. This one's The Blade because ... well, look at it. 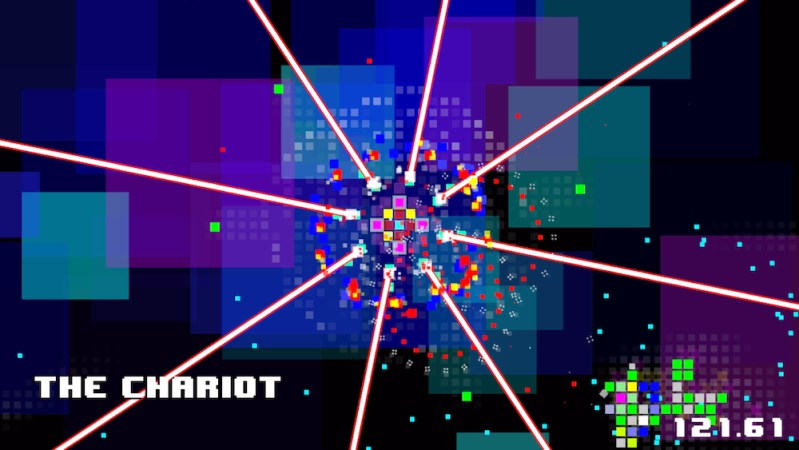 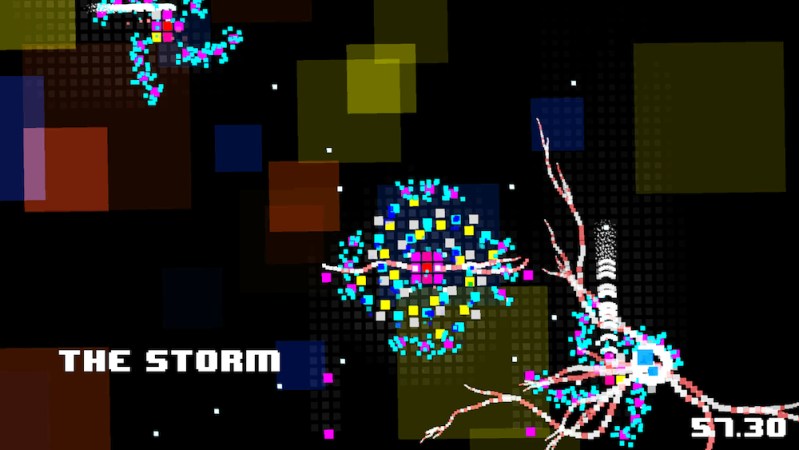 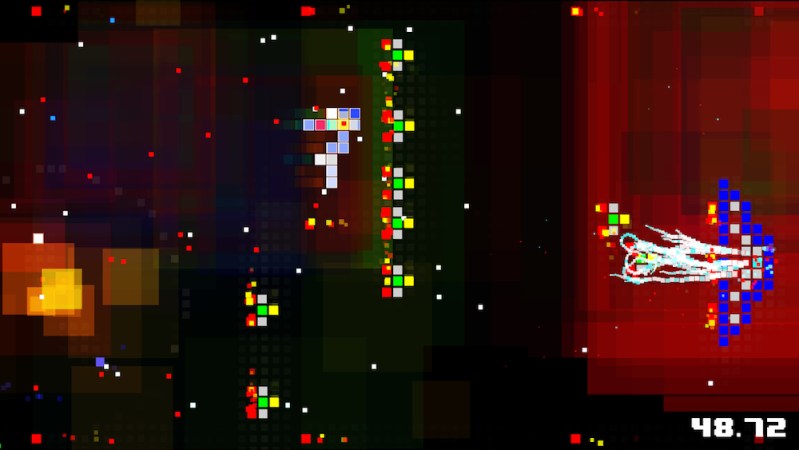 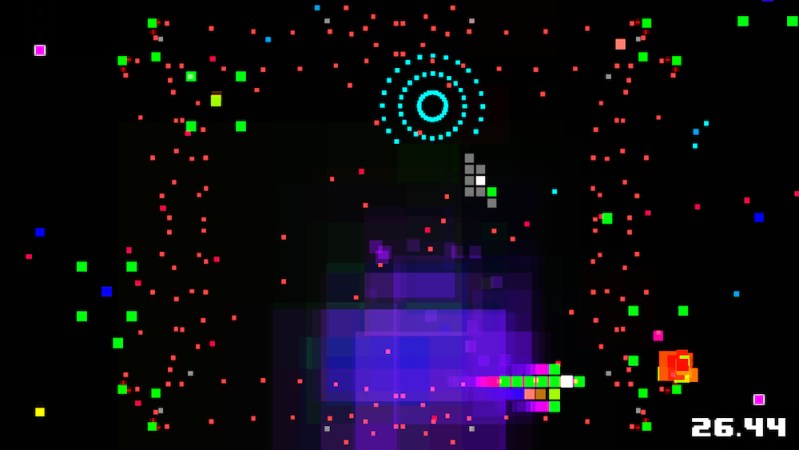 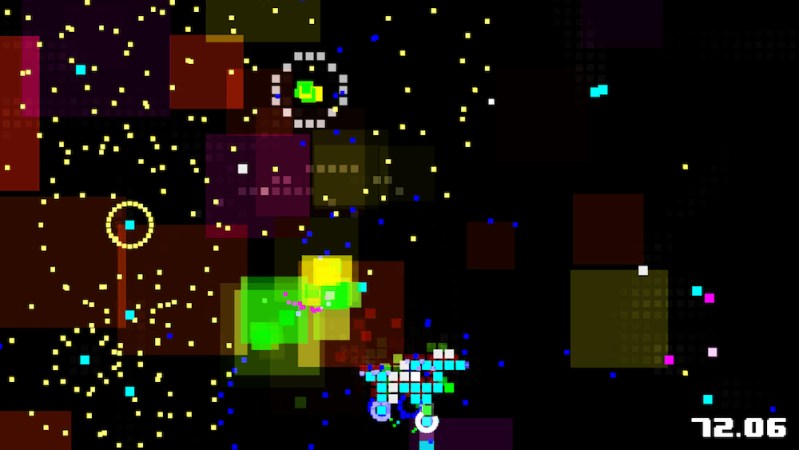 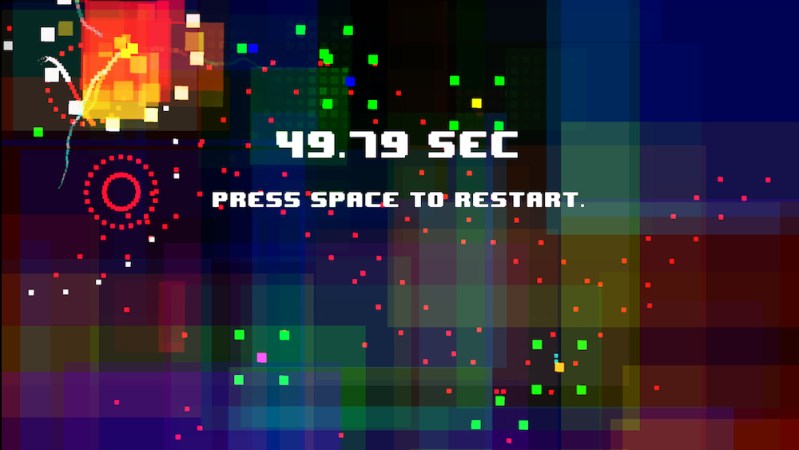 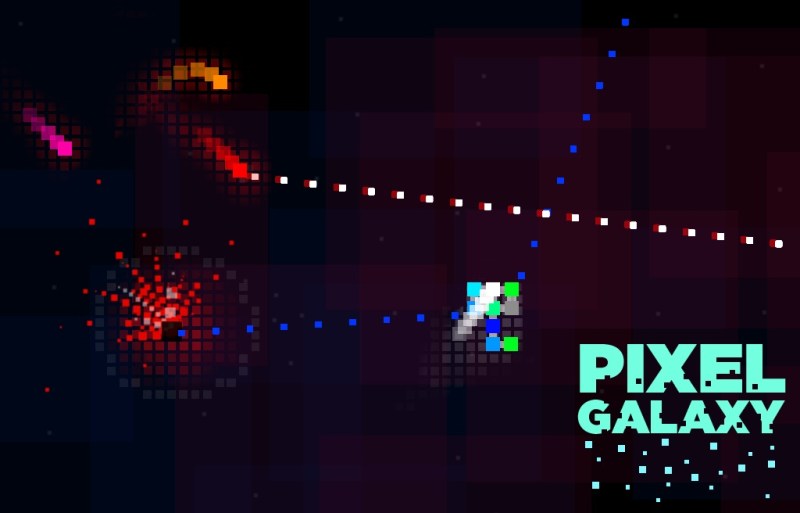 Look for it: It’s up for consideration on Steam Greenlight, and the company is running a Kickstarter campaign to round out development funding.

For more info: You can go to Pixel Galaxy’s official website or check out this series of developer diaries on YouTube:

This is the seventh of 10 selections from our “Pitch us in one Tweet” contest. You can find the rest of our choices by following this tag.