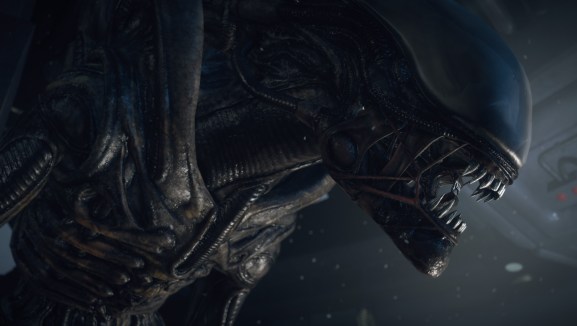 Q: I wrote, directed and produced a sci-fi action short that I think would make a great big-budget feature. In the meantime, I have a friend who works for a small video game developer who loves the concept of my short and thinks it would make for a great game. I’d like to put together a deal with my friend, but I don’t want to jeopardize my ability to someday make a studio film based on my short. How could I make this work?

A: For the love of Phogoth, I hope your short is more coherent (or should I say less “decoherent”?) than Destiny.  I’m so confused that I have to put in a few hours every night to try to make sense of it (at least that’s how I’m justifying things to my wife). Assuming your short is comprehensible, you have a chance to make this work, but you’re right to worry that your granting of rights to this video game developer could later affect your ability to produce a big screen adaptation of your short film.

These would obviously all be problematic to a movie studio when you pitch your short.

First, studios do not like to run even the slightest risk of producing something that could lead to a copyright infringement claim by a third party. Therefore, the studio is going to be wary because of the risk that the developer may later claim that aspects of the motion picture were taken from the original visual or plot elements of the game.

The second issue is that almost every blockbuster movie is going to have a video game associated with it, especially if your concept already lends itself well to a game format. Unfortunately, most studios still see games as mere promotional tools (as opposed to standalone works), but they value them nonetheless. The value of your short to a studio is going to be lower if the studio does not have the right to make a game based on your movie.

The final issue is that studios want to control everything related to their movies and would hate the idea that some third party could be exploiting a game not approved by the studio and using the success of the movie to make money the studio will never see.

To address these issues, you may just have to get creative. First, in your grant of rights to the developer, you should specifically state that you are only granting it the right to create one video game based on your short — and nothing more. No sequels and no movies, no comic books, no toys, etc., based on the game.  It’s these “additional” rights that often come with an assignment that can lead to the most issues.

Second, while you will retain ownership rights with respect to all elements of your story, the developer is almost assuredly going to own rights in the game itself and everything it adds to your story in the process of creating the game. Therefore, in your agreement with the developer, you should set up a “license back” from the developer to you of any of the unique elements for you to use in a motion picture. With this, the studio would be free to take any elements it liked from the game and would never have to worry about the developer claiming the motion picture infringed its rights.

Third, limit both the term during which the developer can exploit the game and the distribution channels. For example, you could state that it can only distribute the game for a period of two years, after which the developer can only continue to sell the game upon your approval. You can also limit the gamemaker to only a mobile game so that there’s no saturation of the (potentially) more lucrative console market.

Finally, you need to retain the right to make a video game based on a full length motion picture. This may give the developer pause. To sweeten the deal, you could agree to grant a “First Right of Negotiation” that would obligate the studio to at least give the developer the first right to negotiate a video game development deal if/when the movie-based game is created.

I know. You and your friend just wanted to come to a casual agreement over your iPhones. Here comes the lawyer throwing out all these complicated caveats that are going to make your friend uncomfortable. Unfortunately, sometimes complexity is necessary: especially if you’re trying to make a deal work when both sides have unique sets of concerns. If you can explain your valid reasons behind your requests, you two can work out a deal that benefits both parties.

And when you do, just please promise me to add a clause prohibiting Peter Dinklage from doing any voiceover work.

Jesse Saivar is the chair of the law firm Greenberg Glusker’s intellectual property department and represents tech and emerging media companies with all aspects of intellectual property protection, exploitation and compliance. He’s also a confused yet addicted Level 23 Titan and unabashed (and completely unofficial) Bungie evangelist.