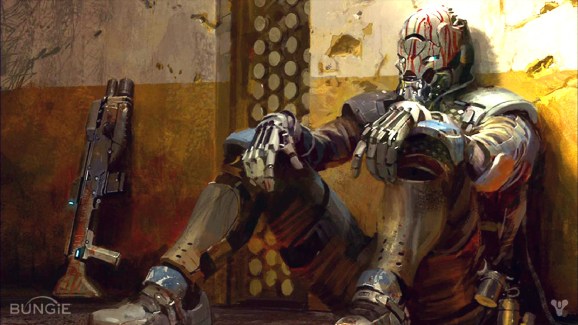 A Guardian considers his digital life.

Destiny’s players aren’t the only ones critical of the smash-hit first-person shooter. Developer Bungie also has some regrets.

Despite selling $325 million worth of copies in its first five days, Destiny received mixed reviews from the gaming press, and many gamers found the story particularly weak. Bungie has a 10-year plan for the Destiny franchise, and it wants to keep players engaged by continually adding content, both free and paid-for. By evolving the game in this way, Bungie has the opportunity to take player feedback on board, and Bungie president Harold Ryan admits that some of this has highlighted areas for improvement.

“There are bits and pieces of the feedback for sure we agree with internally, as far as we wish we had put more time into some areas,” Ryan told Eurogamer. “We’ve always been very critical of ourselves internally as well at Bungie.”

However, he insists that a lot of players are sinking a huge number of hours into the game, which must mean the developer must be doing something right.

“It’s so broad,” said Ryan. “When I read a lot of the feedback, and I see it’s after playing for 100 hours, it’s hard not to couch that in, ‘Well, if you played the game for 100 hours … .’ What other game do you play for 100 hours, right? As we play the game and test the game, there are all kinds of things we want to improve and evolve, and we are improving them and evolving them over time.”

Overall, Ryan says the feedback has been “pretty inspiring” and that Bungie is committed to addressing it: “Because we’re getting the feedback from people who are playing so much, including the reviewers, there’s a lot of it over time, as you read the updates along the way, that’s pretty actionable and becomes common across a lot of people and their feedback.”

Ryan also points out that releasing on PlayStation hardware for the first time was a challenge for the Bungie team. “We had our challenges getting the game out on four consoles,” he said. “Three of those consoles, most of us had never shipped on before. I’d only led the team to ship games on Xbox and PC. All the PlayStation stuff was an interesting learning experience.”

It will be interesting to see how the Destiny community responds to this new storytelling style. “We’ll see how that works,” said Ryan. “There’s not a game exactly like this that exists. We’re learning as we go what works for people and what doesn’t work for people.”