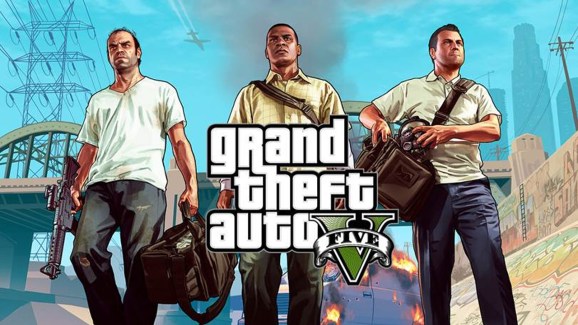 Take-Two reported a non-GAAP loss of 44 cents a share on revenue of $135.4 million, compared with non-GAAP revenue of $1.27 billion a year ago, which benefited from the launch of Grand Theft Auto V. The net income a year ago was $325.6 million, or $2.49 a share. Take-Two also estimated it would have better-than-expected overall results for the fiscal year.

Analysts estimated that Take-Two would report non-GAAP second fiscal quarter loss per share of 59 cents on revenues of $111 million. Digital revenues accounted for the bulk of the quarterly revenue, since Take-Two had a light release schedule.

Take-Two could have a tough time beating last year’s results, as Grand Theft Auto V was the top seller of 2013 and one of the best-selling video games of all time. For this second fiscal quarter, the biggest revenue contributors were Grand Theft Auto V, Grand Theft Auto Online, NBA 2K14, Borderlands 2, and WWE 2K14. Digital revenue was $89.8 million, compared to $105.5 million a year ago. Revenue from consumer spending on virtual currency, downloadable content (DLC), and online games was up 45 percent from a year ago and accounted for 58 percent of non-GAAP revenue.

“Our second quarter results exceeded expectations, driven by strong catalog sales and continued growth in digitally-delivered revenue from recurrent consumer spending,” said Strauss Zelnick, the chairman and CEO of Take-Two, in a statement. “With the successful launches of NBA 2K15, Borderlands: The Pre-Sequel, Sid Meier’s Civilization: Beyond Earth and WWE 2K15, our third quarter and holiday season is off to a great start, and there is tremendous anticipation for our upcoming releases, including Grand Theft Auto V for PlayStation 4, Xbox One and PC, as well as Evolve — the only title in history to win Game of Show honors at both E3 and Gamescom in the same year.

“As a result of our better-than-expected results, strong current business trends and positive outlook, we are raising our revenue and earnings expectations for the full-year. Fiscal 2015 is poised to be one of our strongest years ever and we are well-positioned for continued success.”

This fall has a lot of competition. Take-Two has two listings in Cowen & Co.’s Ordometer, or the list of the top most-preordered games of the fall. Grand Theft Auto V for the PlayStation 4 and Xbox One is No. 8 on the list, and Borderlands: The Pre-Sequel is No. 6. Take-Two also has WWE 2K15, its big wrestling title, on the horizon. GTA V for the next-generation consoles comes out Nov. 18, while the PC version has been pushed back to Jan. 27.

With that in mind, before the earnings were announced, analysts expected Take-Two to report third-fiscal quarter loss per share of 70 cents a share. Michael Pachter, an analyst at Wedbush Securities, estimated that Take-Two would beat consensus estimates with revenue of $120 million and a loss per share of 55 cents.

For the fiscal year ending March 31, 2015, analysts expect revenue of $1.35 billion to $1.45 million and earnings per share of 80 cents. About $500 million of that revenue is expected to come from GTA V, Pachter said. 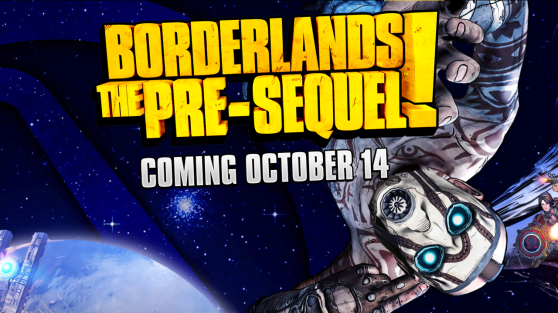 Above: Borderlands 2: The Pre-sequel