The next wave of Nexus devices, the Nexus 6, Nexus 9, and Nexus Player, aren’t available to the public just yet — but today we sat down with Google’s Android team for a first look at the new devices and the Lollipop OS that powers them.

Let’s start with the Nexus 6, Google’s rather large, $199 (with a two-year contract) flagship smartphone, which ships with Android 5.0 Lollipop, a 5.9-inch Quad HD screen, 13MP camera, 32GB to 64GB memory, and front-facing speakers. On first touch, the device feels light and sturdy. For non-phablet fans, you’ll find the size jarring; it’s not really a one-handed device, but that’s the point.

With all of Google’s new devices, you better like Material design — Google’s new framework for how apps should look in the next Android update — because there’s no way around it.

For all Lollipop devices, expect both Google and third-party developers to combine minimal, flat designs with vibrant colors, UI layering, and a heavy dose of animations.

Here’s a closer look at the Nexus 6: 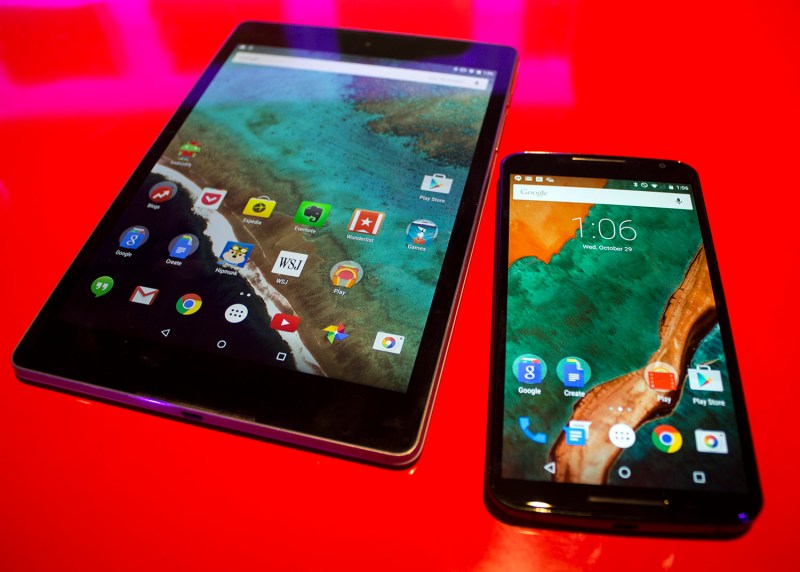 Here’s a closer look at the Nexus 9: 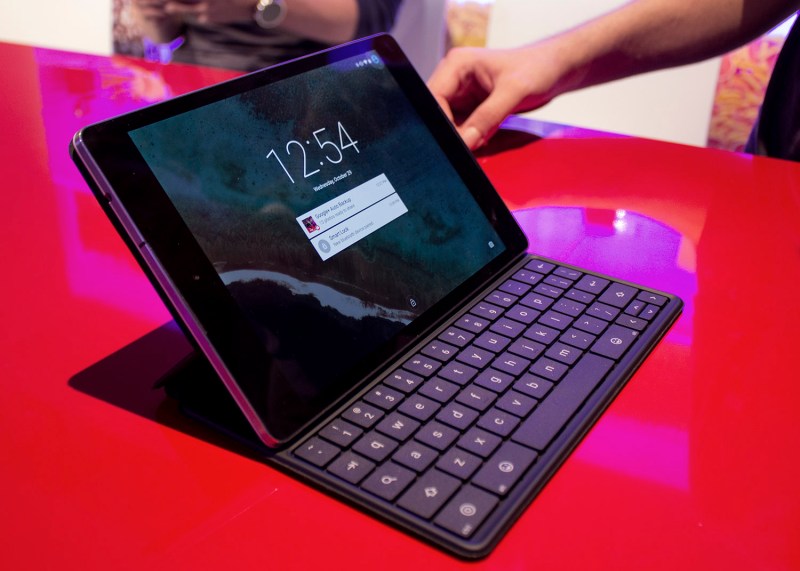 The Nexus Player is Google’s latest attempt to conquer your living room. Past attempts have proved lackluster, although Chromecast appears to be doing well. For Google, the puck-like Nexus Player may be its best set-top box ever (we’ll see how it holds up in a deep review later).

Here’s a closer look at the Nexus Player, which features a 1.8GHz quad-core Intel Atom processor, 1GB RAM, 8GB storage, and a remote, with an optional game controller. The device runs (you guessed it) Android 5.0 Lollipop: 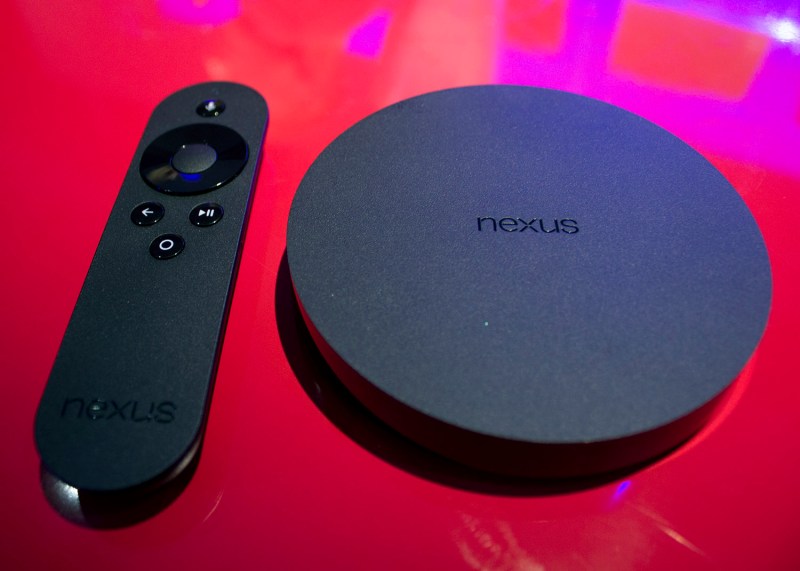