Mobile Internet companies raked in a total of $19.2 billion in new investment over the last year, more than double the previous period, according to investment advisory firm Digi-Capital. 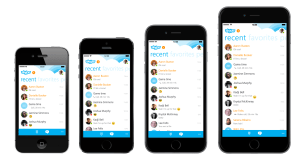 This is the total investment picture: 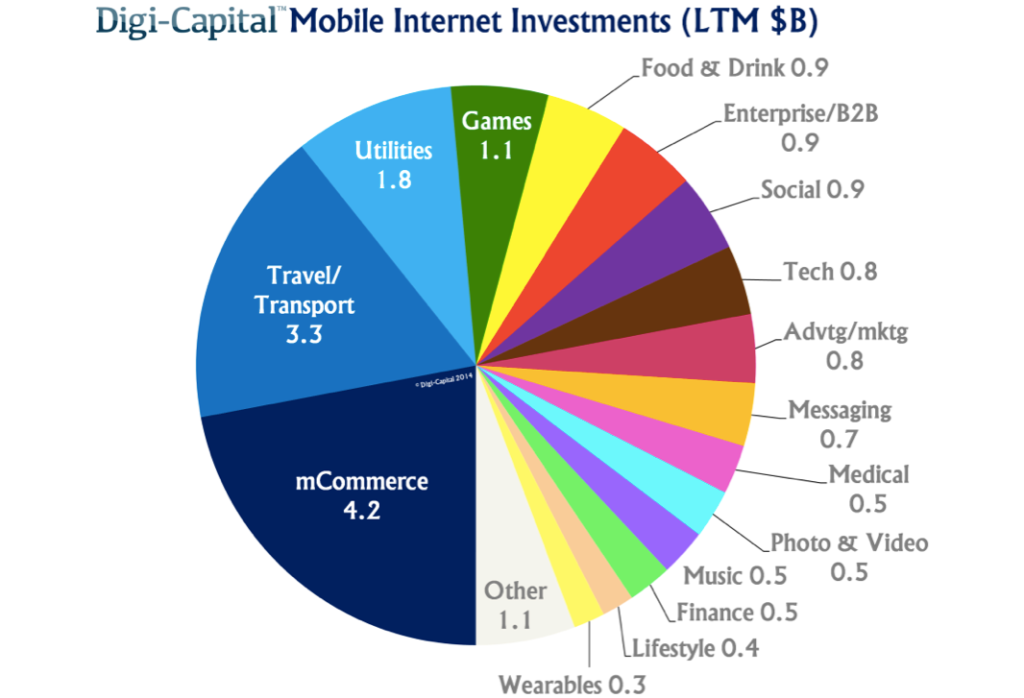 The good news is that not only are mobile entrepreneurs pulling in serious capital pre-exit, investors in post-IPO mobile internet companies are achieving an average 28 percent return on investment. On the positive side, that means that mobile internet companies that have gone public are generally doing well. On the negative side, only nine of the 16 stock market sectors Digi-Capital tracks generated positive returns for investors in the last twelve months.

So there are some clear winners — and losers.

Travel/transport is the highest performer, with a 78 percent return, followed by social networking at 45 percent. Navigation, a lower-volume but higher-value sector, is getting returns of 43 percent on capital invested, while Messaging and Games are seeing around 40 percent.

The 534-page Mobile Internet Investment Report is available on VB Insight,
along with a free 46-page summary.

There are some apparent dogs, however.

Utilities is seeing a negative 67 percent return, while advertising and marketing — a massively competitive sector with hundreds of battling players — is at negative 56 percent. App store and app distribution mechanisms are down 43 percent, and mobile commerce is down 22 percent. 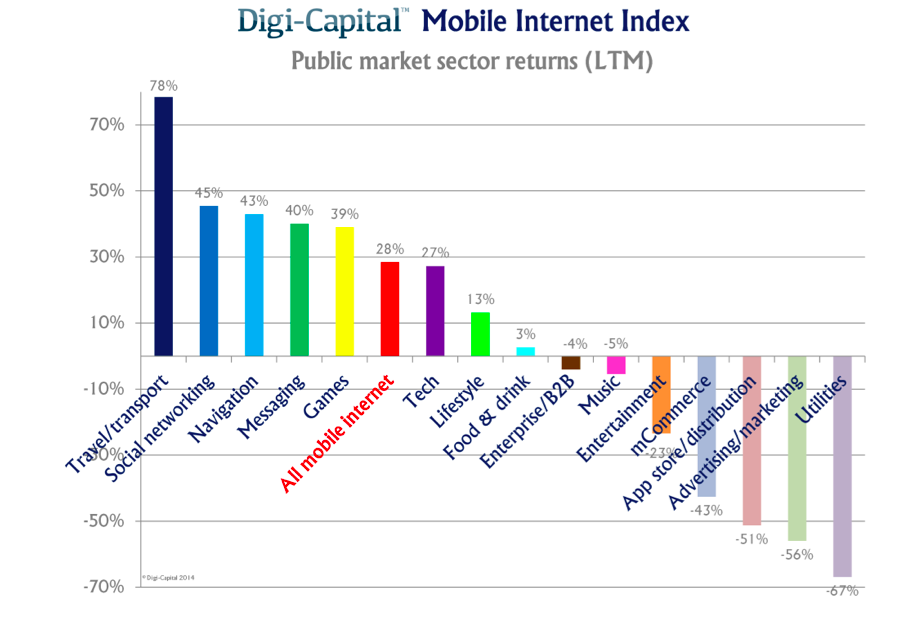 It’s early innings, of course, and many of those numbers will change. Mobile commerce in particular is not only seeing massive investment, it’s also a major component of a space that is projected to hit $700 billion in revenue by 2017, and according to forecasts, will account for $500 billion in sales by itself. So it might be a bit too early to write off any of the underperforming sectors just yet.

“There have been lots of big numbers already, but for Mobile Internet investors the best is yet to come,” Merel says. “Past success is not always a good guide for future investment in any sector, so the Digi-Capital Mobile Internet Investment Quadrant highlights opportunities where revenue outperforms investment/consolidation activity.” 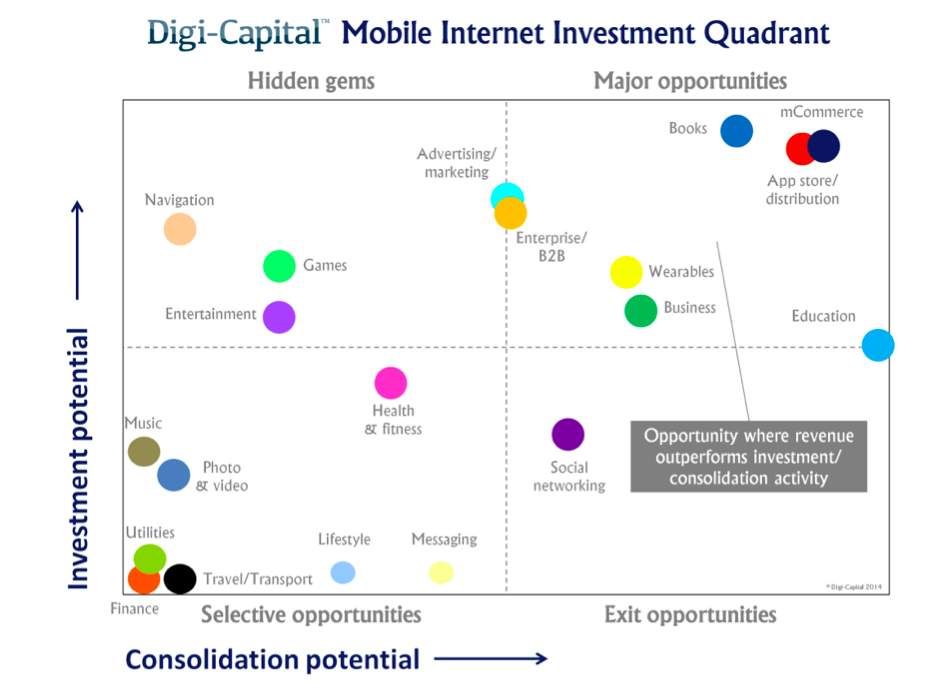 Based on his firm’s data, Merel sees big opportunities in many of those currently underperforming sectors, including mobile commerce, app store and app distribution, advertising/marketing, and enterprise/B2B. The social category holds good exit possibilities, he says, and there are “hidden gems” in navigation, games, and entertainment.

Of course, Merel adds one critical note for eager investors: “The analysis does not guarantee any one sector or company will be a good or bad investment.”