At the Pioneers Festival in Vienna today, a Slovakian startup called AeroMobil unveiled the thing that we have all been dreaming about since we saw that first episode of the Jetsons while still wearing diapers:

The company took the wraps off AeroMobil 3.0, the latest iteration of its flying car that has been in development for almost 25 years.

The car was designed by Stefan Klein, founder and head of the Department of Transport Design at the Academy of Fine Arts in Slovakia. Klein had been tinkering with the concept as far back as 1989.

In 2010, he teamed with Vaculik to start AeroMobil to commercialize the project. In 2013, a previous prototype of the car was certified by Slovakia’s Aviation Authority for use in that country. The latest prototype is now undergoing testing for certification in Slovakia, and the company says it’s close to being commercially available.

The company wants to use the latest version to begin marketing the product. Of course, they believe commuters would love to get their hands on one. But on a bigger scale, they are aiming the flying car at developing markets where there is minimal infrastructure like roads, highways, or airports.

The car needs very little runway to take off, and it can be refueled at any standard gas station when the wings are retracted. AeroMobil believes it will be attractive for countries that don’t have billions of dollars to spend building a modern transportation infrastructure.

The body is built from advanced composite materials that keep it lightweight but also durable. Under the hood, it has autopilot and an advanced parachute deployment system. The cockpit can carry two people, and in the air the flying car can reach top speeds of 200 km/h. It has a 27-foot wingspan and is 19.7 feet long.

No word on the price tag. 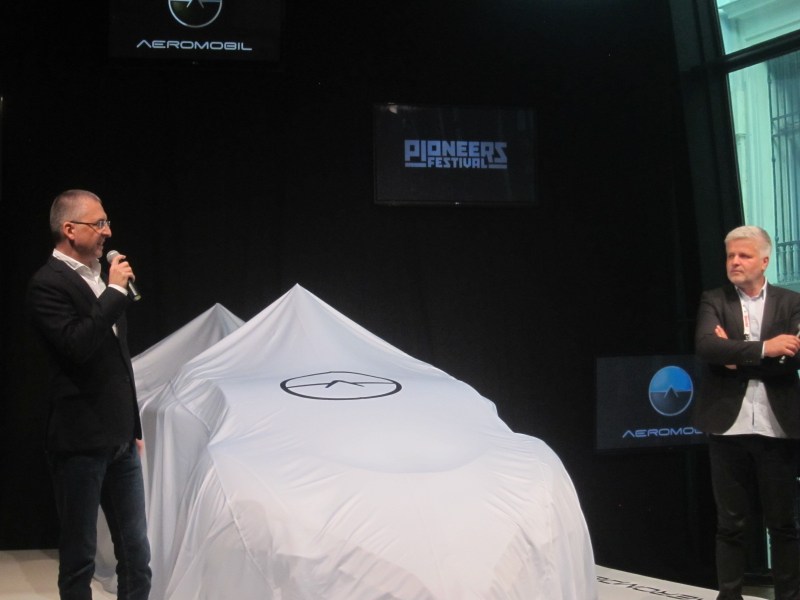