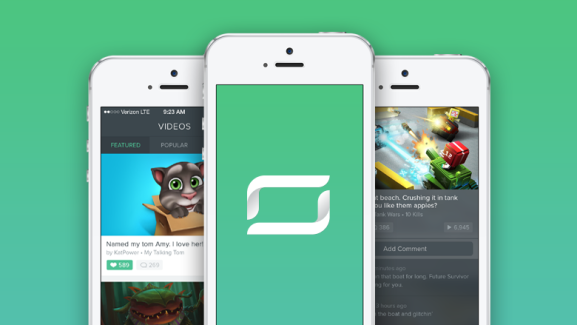 The Kamcord social app to help players share their videos with a like-minded community.

The accessibility of smartphones can supercharge the growth of certain technologies. And that’s what mobile gameplay-recording startup Kamcord is discovering.

The company revealed to GamesBeat that it has had 1.3 million people creating content using its technology over the last month. That’s more than the 1 million broadcasters that livestreaming gameplay site Twitch hosts. Kamcord is able to reach so many people because it makes a plug-in that developers can implement in their iOS or Android games that adds instant game-recording and video-sharing options. It requires no extra hardware or software, which is different from the experience of livestreaming content from a PC or a console.

Online retail giant Amazon recently purchased Twitch for $970 million. While Twitch’s broadcasters were a big reason for that valuation, it also has millions of viewers every month. When it comes to that metric, Kamcord is still catching up (and not sharing specifics) — although it is not for a lack of content.

“Twenty-five million videos have been shared all time from Kamcord,” the company’s co-founder Aditya Rathnam told GamesBeat. “And games with Kamcord have had huge success on the App Store.”

Rathnam also points out that when games start using Kamcord, those apps often see a boost in user retention and the social-reach of a game. This creates an urgency in competing apps to also bring Kamcord functionality into their releases. This is good for Kamcord since it generates cash by licensing its tech.

To keep up with demand, and to stay ahead of competitors like Twitch and EveryPlay, Rathnam and his team are working on ensuring Kamcord stays on the cutting-edge. The company just updated its software kit, and it is now the first mobile gameplay-recording technology to support Apple’s new Metal graphics standard.

Finally, Kamcord officially opened its first office in Japan, and it is putting together a small team to build a relationship with developers in that country. Rathnam is already working with publishers like Sega, Square Enix, and Gree, and he hopes to grow in that important market.