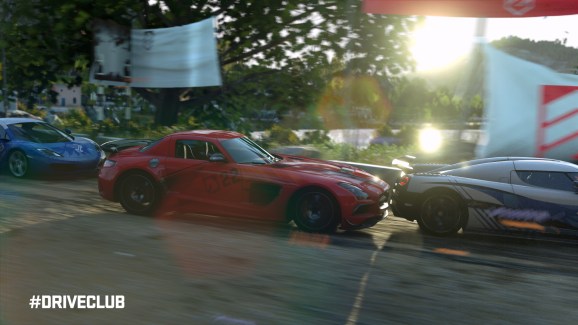 Driveclub is pretty but busted.

On Oct. 7, Sony released a game that doesn’t work as advertised. Three weeks later, it is still broken, and the company is out apologizing to fans.

The PlayStation 4 racing game Driveclub does not work online. Players have not had the chance to take advantage of the multiplayer, which is central to the Driveclub experience, since its debut. People who plunked down $60 for the driving sim are not happy. Today, Sony Worldwide Studios boss Shuhei Yoshida took to the game’s Facebook page (via GamesIndustry International) to address the problem head on — although it sounds like the problems may still continue.

“We are truly sorry that so many of you have not been able to enjoy everything that we had hoped Driveclub would deliver,” Yoshida wrote. “We have been listening to your feedback and realize that patience understandably is running out.”

Sony’s studio head explained that developer Evolution is “working around the clock” to get Driveclub working. This includes Sony putting additional engineers onto the project.

“Unfortunately, the time frames required to roll out the fully connected experience will be longer than anticipated,” Yoshida wrote. “We do not have an exact time frame for when they will be resolved.”

This update is specifically for the people who paid for the $60 retail version of Driveclub. They, obviously, have the most to complain about — but Sony also originally intended to release a PS Plus Edition of the racer for “free” to anyone who subscribes to the PlayStation Plus premium service on Sony’s network. This limited version of the game lets you play around with a few cars and on just a handful of tracks.

Since the PS Plus Edition would slam Sony’s network even further, the company is indefinitely delaying that release.

“Our first priority is to provide you with the best possible experience while playing Driveclub,” wrote Yoshida. “With the high volume of new players and additional server load the PS Plus Edition is anticipated to bring, we are currently not confident that we can guarantee the best online experience. Until we can ensure that everyone can enjoy the full social connected online experience, we will be postponing the release of the PS Plus Edition until further notice.”

Driveclub isn’t the first example of a publisher botching a big release’s online capabilities. In 2013, Electronic Arts infamously launched an online-only version of SimCity that did not work for weeks. Players tried to start games, but EA’s servers couldn’t handle the load. EA’s Battlefield series of shooters is also well known for debuting with connection issues.

The SimCity problem was so bad that it was one of the contributing factors in EA winning the “Worst Company in America” prize from Consumer Reports‘ The Consumerist blog.

The response from consumers surrounding Driveclub — while loud in some circles — is subdued compared to the fervor that followed SimCity’s issues. That’s likely due to the fact that Driveclub is a new franchise as well as the fact that Sony has a better standing with consumers than EA did at that time.