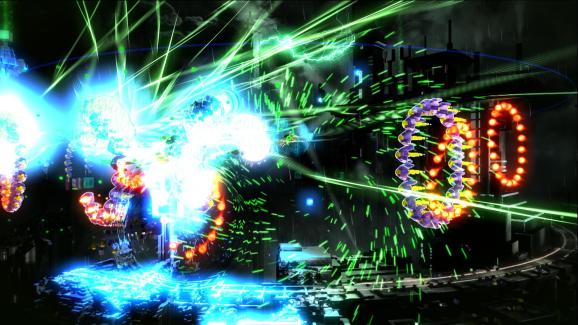 Responding to a casual enquiry on the PlayStation Blog, Hawkins said that a Vita version of Resogun “is coming and is looking, sounding and, most importantly, playing great!”

Above: The low-key announcement for Resogun Vita.

There’s no word on a release date or price for Resogun on Vita. The original version was included with Sony’s PlayStation Plus subscription service back in November, so early PS4 adopters may get hold of the Vita port without spending another cent.

If you boot up Resogun between now and Nov. 1, you’ll get alternative humans to save, dressed as scarecrows and skeletons. A hairy Movember update is also planned to run from Nov. 1 to Nov. 30, to coincide with the worldwide drive to raise awareness of male health issues such as prostate and testicular cancer.

Above: Resogun is getting a free Halloween makeover.