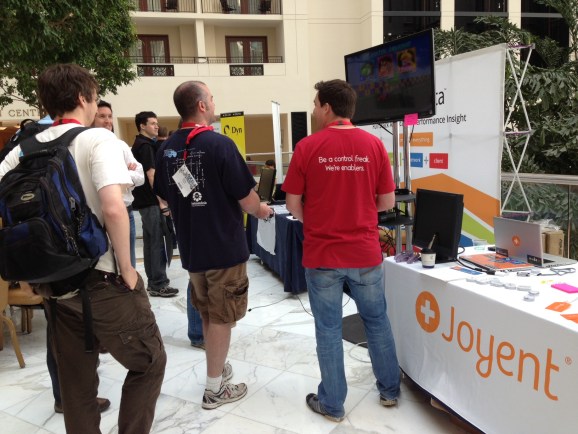 Joyent, a provider of public-cloud infrastructure and software that companies can use to create clouds in their own data centers, is announcing today that it’s brought in $15 million in new funding.

The deal shows investors believe there’s still room for cloud providers other than the big three — Amazon, Google, and Microsoft — even as they become more and more appealing to companies with new features and price cuts. But the new funding also points to the wisdom of the low-level technology Joyent has long used to run multiple applications efficiently on each physical server.

Joyent has primarily focused on pushing a SmartOS operating system that uses “zones” for securely running applications, based on Sun’s once-open-source operating system, Solaris. SmartOS skips the sort of virtualization technology that enterprise software company VMware made popular, which uses a hypervisor to create multiple virtual machines for running applications on each server.

But while Joyent may have gotten to this solution first, Docker has gotten credit for inventing “container” technology, which packages up application code and can be moved from one server environment to another without tinkering with code.

Over the past year and a half, Docker “sort of made containers what all the cool kids were doing,” Joyent chief executive Scott Hammond told VentureBeat.

Now Joyent wants to emphasize its ability to run applications inside zones or, well, containers, which it has talked about since as early as 2006, long before Docker made containers a buzzword in cloud-computing circles.

Hammond has focused on containers since joining Joyent in July, after talking with employees and customers. He came away from those talks, he said, “with the conviction that we now have a path to connect what Joyent does to the Docker community and to compete in what I see as a runtime infrastructure layer for these sort of application containers that people like Docker have really popularized.”

So Joyent is taking more money “to build and scale container-driven cloud infrastructure,” according to a statement.

“Today we emphasize value of the services, and we will always do that,” Hammond said. “I think trying to be in a price war with Amazon or Google is a death march. We’ll continue to focus on the differentiation we get from underlying technology.”

The trouble is, VMware, IBM, Microsoft, and Red Hat, among others, have also seen the light about containers in different ways.

“I think the next step now is for companies like Joyent to position themselves as the best, highly differentiated runtime environment for Docker containers,” Hammond said.

San Francisco-based Joyent started in 2004. It most recently announced funding — an $85 million round — in January 2012. Cofounder Jason Hoffman left his position as chief technology officer in September 2013.

Existing investors El Dorado Ventures, EPIC Ventures, Intel Capital, LGI Ventures, and Orascom TMT Investments participated in the round, among others. There were no new investors.

Much of Joyent’s revenue comes from the public cloud, Hammond said, with that part of the business carrying a 10 percent quarter-over-quarter growth rate. The newer private-cloud software business, he said, has a 35 percent growth rate.

A spokeswoman said Joyent’s number of “unique customers” has gone up 45 percent year over year. Customers include Nerve, Nodejitsu, Quizlet, and Wanelo.