Microsoft today launched a new version of Outlook for Mac, available to Office 365 customers. At the same time, the company announced its plans to release a new Office for Mac version next year.

The release comes just a few days after Outlook for Mac screenshots leaked on October 27 over at Chinese site cnBeta. That was Monday. On Friday, Microsoft pulled the trigger. 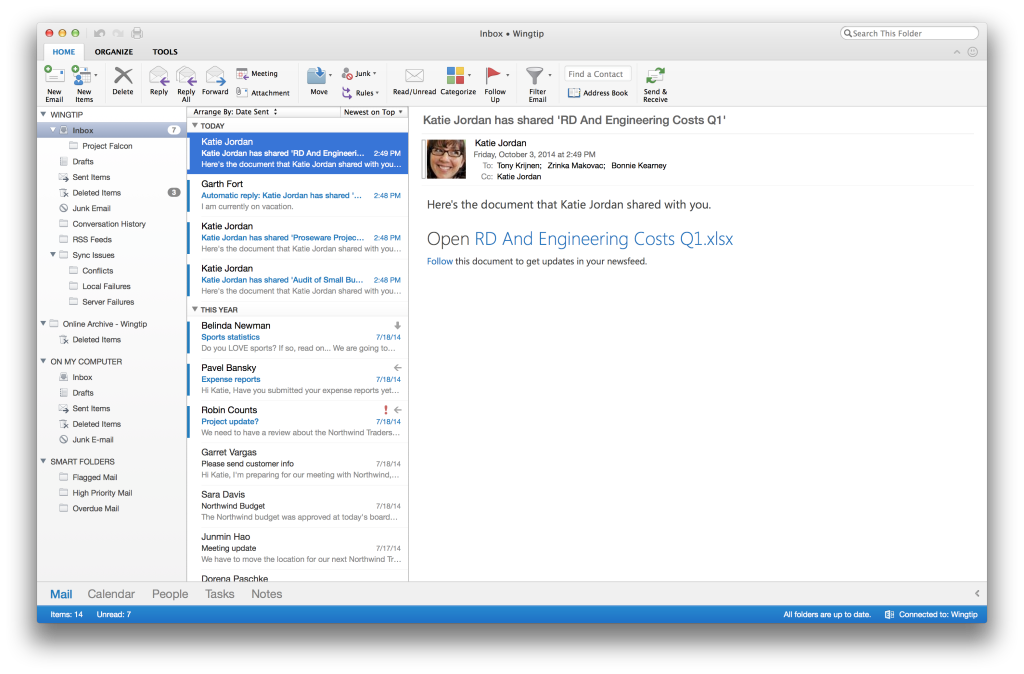 Here are the new Office for Mac features Microsoft wants to highlight:

The most obvious difference compared to Outlook 2011 will be the second point: a complete redesign. Microsoft says the goal of this release is to provide OS X users with a “more familiar and consistent experience” that matches Outlook for Windows, the Outlook on the Web, as well as the Outlook Web App (OWA) for Android and iOS devices.

While the new Outlook for Mac was clearly ready to be pushed out early, Microsoft is still working on the other four main Office for Mac applications: Word, Excel, PowerPoint, and OneNote. The company is sharing today that a public beta for the next version of Office for Mac will be released in the first half of 2015. The final release will arrive in the second half of 2015.

Microsoft is promising Office 365 commercial and consumer subscribers will get the next version at no additional cost. At the same time, the company plans to release a standalone version: a perpetual license of Office for Mac will arrive “in the same timeframe.”

Mac owners who use Microsoft products may be scratching their heads right now. Yes, the Microsoft Office team is changing the timing of its OS X releases.

Historically, a new version of Office for Mac arrived approximately six to eight months after a new Office for Windows release. Following the arrival of Office 365, however, Microsoft said it “made the conscious decision to prioritize mobile first and cloud first scenarios.”

In other words, Office has been getting frequent updates for Android, iOS, and Windows Phone. Microsoft wants to pick up the pace for Mac as well.