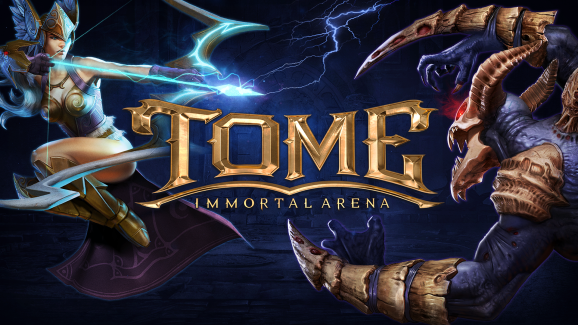 Way better than all those mortal arenas.

We’ve got another one.

A new multiplayer battle arena (MOBA) game launches on the Steam digital distribution network on Nov. 21. Tome: Immortal Arena is a free-to-play take on the genre that emphasizes action over some of its competitors’ deeper mechanics (like last-hitting enemies and returning to your base to heal). Other MOBAs, like League of Legends and Dota 2, are incredibly popular, money-making machines.

Tome comes from developer Kixeye, a studio with employees who worked on notable PC hits like Command & Conquer, World of Warcraft, and even League of Legends.

League of Legends is the most popular MOBA (and one of the most popular games in general) right now. While a match of LoL can last anywhere from 30 minutes to an hour, a round of Tome will only up to 20 minutes.

Free-to-play MOBAs like LoL make a ton of money, which explains why so many other developers and publishers are entering the market. LoL and its biggest competitor, Valve’s Dota 2, are well established in the PC gaming and competitive scenes, which makes it difficult for new MOBAs to compete.

Still, one could make a decent amount of money even with a fraction of LoL’s audience. Trying to target a more casual audience then those who play LoL and Dota 2 is one way to differentiate your game.