For many players, the scariest thing about recent Resident Evil games is Sheva.

The partner to Chris Redfield in Resident Evil 5 was often just as intrusive as she was useless, becoming one of the most memorable and unfortunate parts of its legacy. The specter of Sheva seems to have haunted the developers at Capcom as well, as every subsequent release in the series has extensively toyed with co-op partner A.I. But Resident Evil Revelations 2 could be the breakthrough the series has needed, if my recent one-hour demo with the PlayStation 4 version of the episodic action-horror shooter proves accurate. 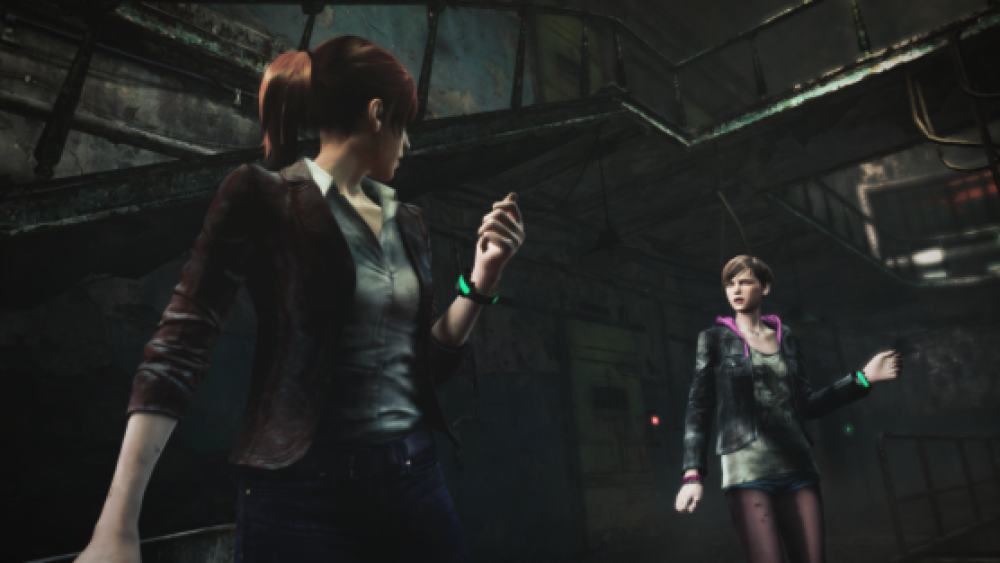 Above: Claire Redfield and Moira Burton find themselves captured in an infected-filled prison in the demo.

Moira Burton doesn’t like guns. She brought up that little fact toward the middle of my recent demo, hinting back at an event in an earlier episode. While an unfortunate phobia to have, unlike Sheva, Moira will physically do her best to avoid being in Claire’s crosshairs. Moira will bob and weave to get out of your line of sight, a refreshing chance of pace from AI companions always being in your way. But given her situation, trapped in a prison complex with a throng of infected inmates twice (and sometimes three times) her size, fear of firearms is still a bit of a handicap. Luckily for the young girl, she is trapped with the experienced badassery of Claire Redfield.

Claire and Moira make up the core team in Resident Evil Revelations 2, and each bring a their own skill sets against the diseased hordes. Series regular Claire carries over her firearms experience from her prior dealings with the undead. The expected arsenal of a handgun, shotgun, and assault weapon eventually find their way to her, as does the franchise’s penchant for scarce ammo supplies. She also has a knife that effectively stops an infected’s attack cold, albeit dealing little damage.

Due to her skittishness around guns, Moira prefers the tactical approach to horde-thinning. While she eventually picks up a crowbar, her primary weapon is a flashlight. Similar to Remedy’s survival horror-shooter Alan Wake, Moira can use the flashlight’s beam to blind and stun most oncoming enemies. Bosses come equipped with visors or masks, but even they can be briefly slowed by Moira’s deft home appliance wielding.

Prior Resident Evil character teams were mostly equal in terms of capability. Capcom seemed to have built co-op characters largely for another human player. Both characters had largely the same effectiveness with the same weapon arsenal, leaving each player’s usage more toward server hosts or aesthetic preference than anything substantial. Claire and Moira may have just as many goofy co-op moments of boosting each other over walls, but their distinct skills give a different experience to each player (or a more diverse experience to a solo player swapping between them).

Teamwork (with a crowbar) is the strongest power of all 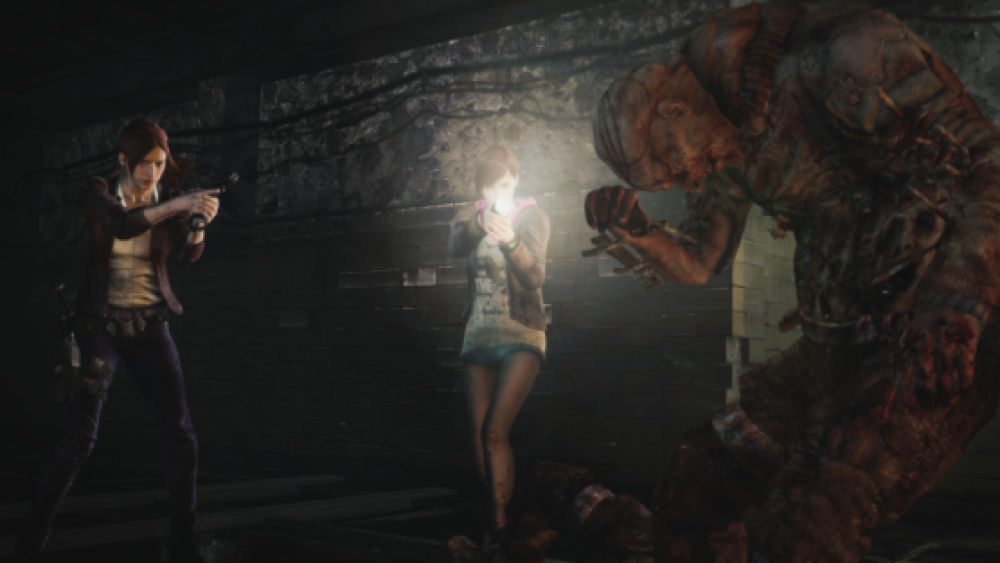 As powerful (or useful) as Claire and Moira are separately, expert players should get the most out of them in combination. Revelations 2 enables you to swap between Claire and Moira freely, save for the tutorial sections. And unlike in previous Resident Evils featuring multiple playable protagonists, you will actually want to make the most out of both characters. A particularly effective symbiotic tactic that the developer espoused was blinding a few infected with Moira’s flashlight, swapping to Claire for a few shots to the head and center mass, and switching back to Moira once they were on the ground for a little crowbar to the head. It takes some practice, but it’s definitely more effective than pumping an entire round into a single infected’s head.

The two can aid each other outside of combat as well. The previous Revelations had a complex future gadget that gave off the location of items within a room, among a few other features. In order to “get back to the horror”, Revelations 2 has stripped all away but the item-hunting. Moira’s flashlight can pinpoint little gleaming hotspots in a room and, after focusing on them for a second, highlight them for one of the two women to pick up. It’s entirely optional, and more than a little bit of a pixel hunt at times, but with it I was able to hoard enough ammo to cleave through the demo’s boss encounter with comparatively little injury.

Characters worth swapping between 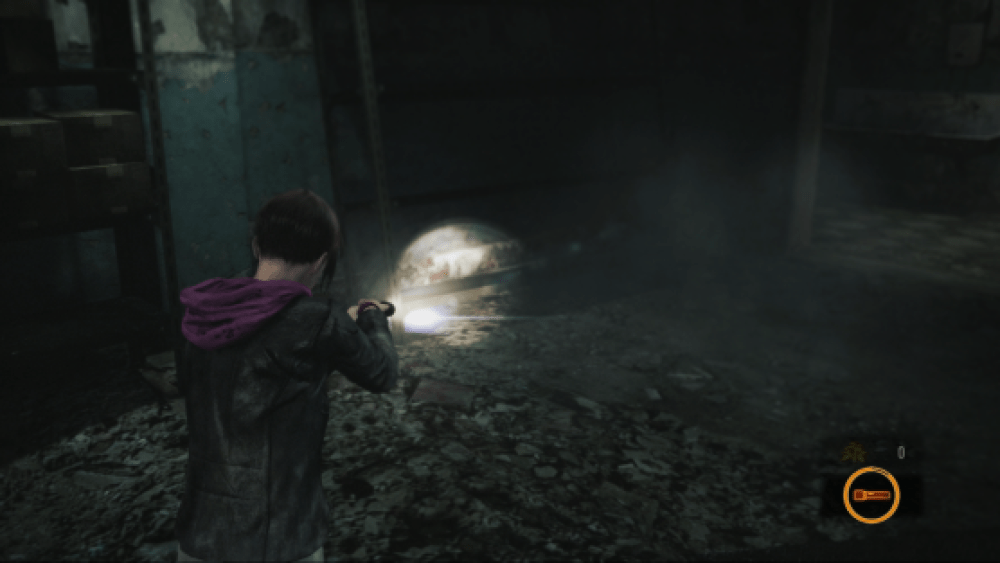 Above: Moira can hunt for hidden objects with her flashlight.

In my limited experience with Resident Evil Revelations 2, Claire and Moira played like the responsive, collaborative pair of characters Capcom has been trying to produce since Resident Evil 5. The developers ensured that you have a reason (both in and out of combat) to use both by making each move set feel and play as differently as possible. Skilled players who master the art of mid-fight swapping will find the best and most efficient methods for enemy thrashing.

It took a few games, but Resident Evil Revelations 2 looks to finally be the game where you won’t want to face the infected alone.