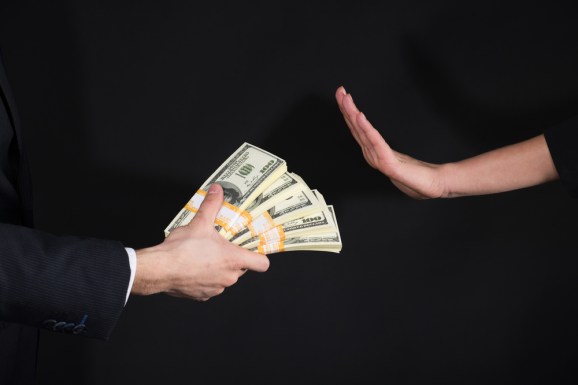 In case you didn’t know, we (Talkroute) declined our acceptance into a well-known accelerator, and a lot of people thought we were stupid. Even after I published a ridiculously long blog post explaining why we said “no thanks,” the skeptics remained, well, skeptical.

But today, right here on VentureBeat, I wanted to share a little secret.

Within six months of declining Techstars, we went from $0 to $75,000+ per month with no outside investment and without hiring a single employee.

My cofounder, Eric Howey (yes, we are related), and I worked heads-down on scaling the bejeezus out of Talkroute and, just like Thomas Edison’s lightbulb extravaganza, found 10,000 things that didn’t work — and three things that worked quite well.

Customer Acquisition: A tactic Google hasn’t blocked yet that got us thousands of customers for $0

As you know, Google loves unique and relevant content. So, when the fate of Google Voice was unknown back in May, we seized the opportunity to write a blog post about Google Voice alternatives.

Oh, and the cool part is that it cost us $0 (we wrote it ourselves), and it took us under four hours to go from random idea in the shower to a real live article on our blog (side note: we used the Yoast WordPress plugin to quickly markup the meta info and make the post a bit more SEO friendly; this only took a couple minutes).

The slow death of old school black-hat SEO tricks actually presents a surprisingly compelling opportunity: For the first time ever, you can feel confident that investing your time crafting unique content that is relevant to recent events in your industry will be justly rewarded by the Google gods!

So, what are the takeaways?

Customer Service: The trick we use to support 5,000+ paying customers for less than one hour a day 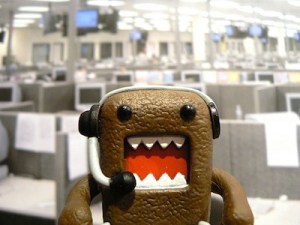 Nothing against Tony Hsieh and Zappos’ customer service, but delivering a big bundle full of happiness can send young startups down the wrong path.

Rather than viewing customer service as an inevitable byproduct of having customers and immediately focusing on hiring someone to “handle that stuff,” we decided to obsess over making our UI and product documentation so awesome that no one needed to ask us anything, ever.

Ok, obviously there are going to be questions from time to time, but the point is, we kept testing and tuning our UI until we reached the lowest number of inquiries possible (side note: had we not bootstrapped our company, I question whether we would have been as incentivized to take this approach).

When we first launched, we only had ~100 beta users, and they were peppering us with 70-80 customer support tickets per day!

So, what’s the takeaway? 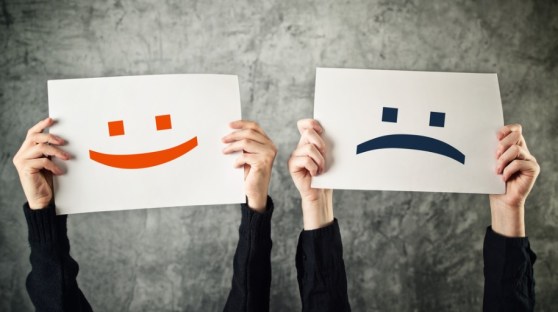 Pricing Model: How to increase the price of your service without pissing everyone off

Pretty much every SaaS startup on planet Earth does tiered pricing, and when we launched we followed industry protocol. Why reinvent the proverbial wheel, right?

When we looked at our conversion funnel, we noticed that people were spending a ton of time on the payment page and that an embarrassingly high number of people decided not to buy.

Long story short (you can read the long story version I posted on our blog if you want more of the details), we learned that a lot of people weren’t converting because they didn’t know which tier to pick — a classic paralysis by analysis predicament.

So we talked to customers, did the math, and launched a $19.95 flat-rate, unlimited-minute plan (with a reasonable use policy for protection), and our conversion rate immediately jumped up.

The thing is, the majority of our original customers were paying $9.95 a month, so how did we break the bad news that we had to increase their price?

Simple. We didn’t increase their price.

We spent a considerable amount of time and energy debating strategies on how we were going to break the bad news until we realized that the incremental dollar value of that disruptive change did not exceed the risk of a few vocal angry customers.

So, what’s the takeaway?

As cool as it sounds to bootstrap a tech startup from 0 to $75,000+ per month in six months without taking on an investor or hiring a single employee, there were 9,997 mistakes we made in order to end up with those those things we mentioned above that worked out well.

We are proud of our growth, but do you think that being part of an accelerator like YC or Techstars would have allowed us to grow faster?

Let me know in the comments …

Paul Howey is the cofounder of Talkroute, a Chicago-based startup that helps small companies sound like a big companies when customers call.