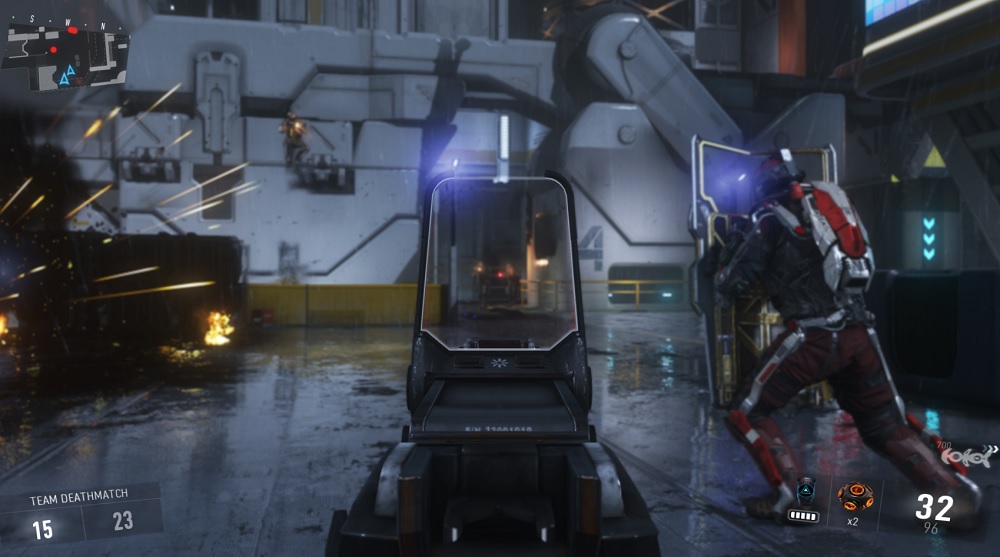 Above: Call of Duty: Advanced Warfare

Some of the enemy soldiers are so heavily armored that you can’t make a dent in them. This is fine for the relatively rare, tank-like AST soldiers, who ride in heavily armored mechs. You know you have to pull the big guns out for them. But the snipers also have heavy armor, and that means you’ll have to bring out some major ordnance to take them out or just hit them with a whole clip. By contrast, other weapons are so powerful that you can take soldiers out with one shot. The problem is that you’ll probably find yourself with a pea shooter against a heavily armored soldier at some point, since you will likely run out of ammo and pick up a gun from a dead soldier.

It’s strange that Sledgehammer decided to include weapons like pistols and knives in a game where so many of the enemies are heavily armored. These weapons are useful and satisfying in close combat situations like a melee, but they seem out of place in the future. 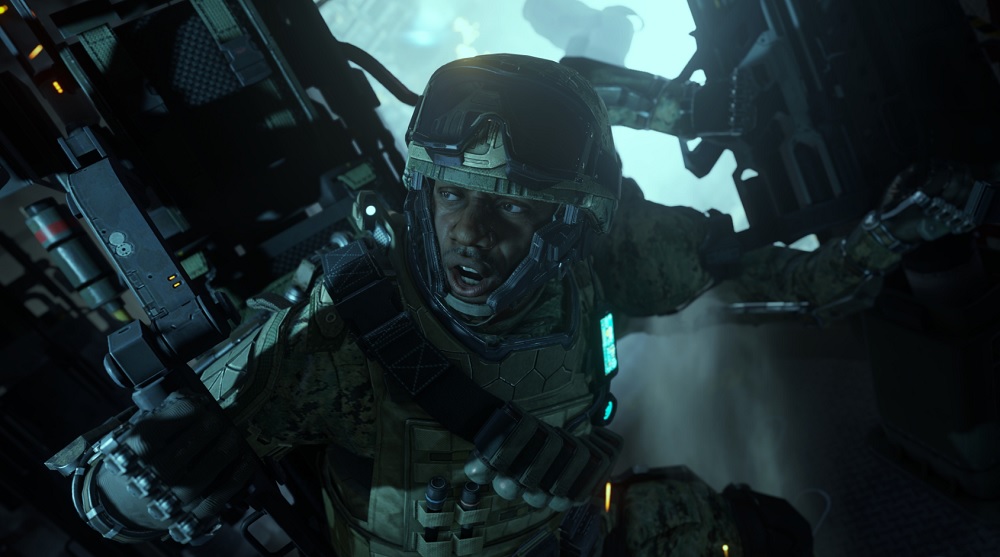 Above: Call of Duty: Advanced Warfare

I had some trouble targeting enemies during one of the major battles on board a ship. I thought I was having the “pea shooter” problem again. But it seemed like a slowdown in the framerate. That made sense, since I was fighting with a huge number of enemies on the screen. It didn’t last for long and wasn’t immediately obvious, but I suspect others will have to watch for this kind of performance issue.

During one part of the story, comrades have to choose one path or another. They separate, but you don’t see really a big consequence to this change. You would expect some kind of big emotional showdown, but it’s happens a little too casually, with no change in trust levels among any of the parties involved. That was a little unbelievable.

It’s hard seeing anything at night. In one mission, you had to turn on your night vision. But it was difficult to spot soldiers because you were looking for yellow outlines of figures against an orange background. It also didn’t make as much sense to have a night-vision scene, since you can lob a threat grenade and outline the figures of enemies clearly.

Some things are really different

I missed some of the old Call of Duty. It has plenty of times when I just wanted to drop a grenade. But I found that I had to fire the grenade at a fairly high speed from my Exo suit. Also, when you try to lob a grenade, you sometimes have to cycle through different types of ordnance. Sometimes an EMP grenade will do the job, like when you want to take out some drones or helicopters. Other times, you need a smart grenade or a threat grenade. But you’ll forget about cycling and often just tap the left or right bumpers automatically. That means you’ll feel like a fool for throwing the wrong type of grenade at a given enemy, and it feels like a waste. If you take your time choosing your grenade, you’ll find that someone will take you out while you’re looking for it. This is a case where too many options creates confusion.

I also thought it was jarring to see a video feed appear on the screen as a kind of augmented reality movie on my helmet’s screen. Here we are, just about to go into battle, and Spacey comes on the video telling us how important this mission is. Well, as he’s doing this, he obscures your view of the battlefield. I sometimes wanted to turn him off as that was happening.

The ending isn’t really an ending

Sledgehammer closed out the story in a manner that satisfies on one level, but it also hints that Advanced Warfare is just at its beginning. I suppose the studio couldn’t help that, as most Call of Duty games have a three-part story arc across three games over three years. Activision is clearly signaling that is the case with Advanced Warfare, but it means that you really don’t get much closure. 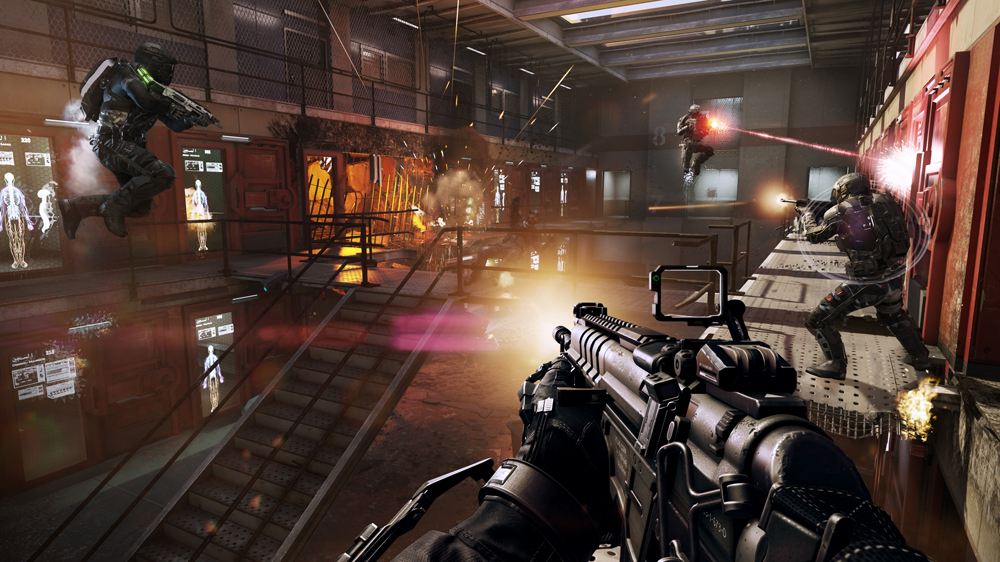 Call of Duty: Advanced Warfare is worth your time. It delivers with its story, great acting, dialogue, the realistic facial animations, cool weapons of the future, and the welcome change in pacing from combat missions to stealth missions. I welcome the idea of using great actors like Spacey in a big-budget game, and I look forward to future versions of the game that marry Hollywood blockbuster actors with the blockbuster-style game play.

Advanced Warfare gets back to some very basic lessons about how to behave as a military leader. You can be like Irons, and use personal misfortunes as pretexts for military strikes and power grabs. You may choose to sacrifice your team to achieve your greater objectives. You can trust your friends, and feel enormous betrayal when they let you down. You can make sacrifices for your fellow soldiers so that they can live to fight another day. Or you can sell your services to the highest bidder, and find that you’re fighting on the wrong side.

I’ve played a little bit of co-op mode and multiplayer, but I’ll review that more thoroughly in another post. Suffice to say that if you have liked those features in the past, you’ll like them in this game, too. If you add that all up, you’ll find that Call of Duty: Advanced Warfare is worth its $60 price.

Call of Duty: Advanced Warfare was released Nov. 3 for PlayStation 4, Xbox One, PlayStation 3, Xbox 360, and PC. The publisher provided GamesBeat with an Xbox One copy of the game for the purpose of this review.