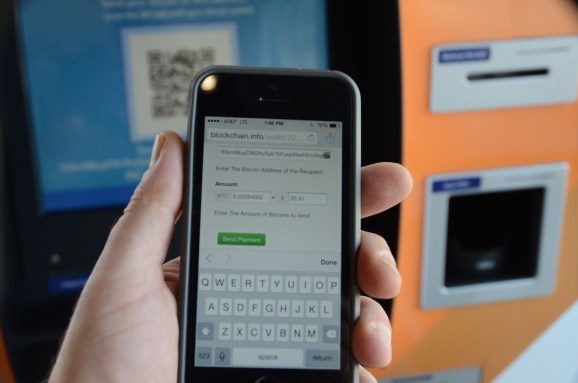 As Bitcoin businesses become compliant with financial regulation, they’re eschewing anonymity — and the Bitcoin community is not happy.

Bitcoin ATM Robocoin stated yesterday that all of its ATM operators would have to enable Know Your Customer/Anti-Money Laundering (KYC/AML) software and hardware as part of a new effort toward compliance with the Department of Treasury’s Financial Crimes Enforcement Network (FinCen).

“Under our lawyers’ advice, we cannot process anonymous financial transactions,” Robocoin said in a blog post. The company pulled all non-compliant ATMs offline, a total of nine out of the company’s more than 60 kiosks, and offered those operators an opportunity to upgrade their software.

Robocoin users took to Reddit early this morning to complain about the change in position. One Robocoin ATM operator went so far as to suggest a boycott against Robocoin and encouraged other operators to replace Robocoin’s ATM software with a free open-source platform called Rakía from competitor Lamassu.

Anonymity is at the heart of Bitcoin’s ethos. To make sure Bitcoin is not doubly transacted, all transactions are published to a public ledger, unlike a bank, which tracks all transactions and personally identifiable customer information. In contrast Bitcoin’s self-regulating network keeps user information anonymous, so the identity and location of the transactor cannot immediately be known.

KYC laws directly oppose the self-regulating nature of Bitcoin. They require that financial services know who their customers are and alert law enforcement officials if they see suspicious activity. In this way, bringing Bitcoin under regulation at all may be near impossible — Bitcoin transactions don’t require a third-party. Users who want to purchase illegal goods or launder money can do it easily without touching a Bitcoin ATM or other regulated service.

And yet, in order for the Bitcoin economy to meaningfully grow, Bitcoin businesses will need to face off with existing financial regulations. “Bitcoin was born out of a belief that freedom and privacy no longer exist in the financial sector,” says Jaron Lukasiewicz, CEO of Bitcoin exchange Coinsetter. Many in the Bitcoin community feel strongly about maintaining the core values of the system.

However, the Bitcoin economy has grown and there is increasing investor interest in building it further — more than $72 million has been invested in the asset, according to CoinDesk. Not only that, but regulators are cracking down on Bitcoin businesses it suspects of facilitating money laundering and other illegal activities — like the Silk Road 2.0.

But, Lukasiewicz says, under Bitcoin’s decentralized protocol, the currency can’t really be regulated. Therefore, certain businesses, in addition to trying to remain as FinCen-compliant as possible, are trying to work with regulators to create laws that are more Bitcoin-specific. “We are putting efforts into convincing regulatory agencies that there are better ways to regulate new financial technologies,” he says.

One of Bitcoin’s other intentions is to provide people around the world who lack access to banking an easy way to store money and make transactions online. Robocoin CEO Jordan Kelley says that in order to grow his Bitcoin banking network, he has to work with regulators — even if it upsets certain members of the community.

“We love anonymity, but we also love the idea of getting millions of people Bitcoin, and we can’t do that if machines are getting seized.”