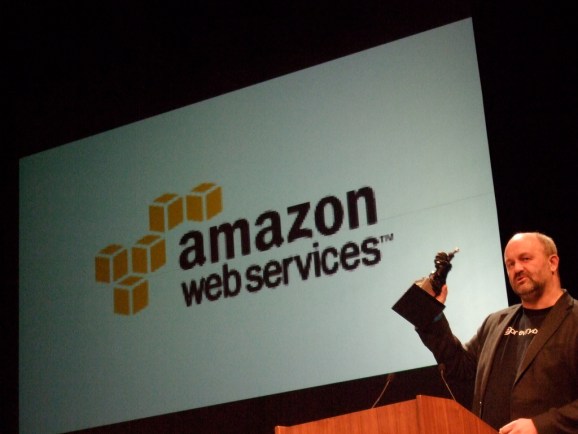 Cloud computing has completely changed the tech industry, but it’s got a dark side for the companies competing in the market, something those in the industry call “the race to zero.”

There’s so much competition in the cloud industry that cloud companies keep cutting their prices, even while they increase their storage limits.

There’s a couple of reasons for this. For one, computer storage keeps getting cheaper. A gigabyte’s worth of storage on a hard drive in 1993 cost over $9,000, but it cost a mere 4 cents in 2013.

But you can really thank Amazon for making sure that cloud computing companies pass those savings along to customers. As its costs drop, Amazon cuts its prices for its cloud. Amazon Web Service had 44 price cuts in about the last six years, it says, thanks to a culture of “frugality.”

Amazon is increasing revenue by gaining more customers and adding ever more services for which they are willing to pay, even though they’ll pay less for each as time goes on.

They’re treating computer services like their retail store. You’re likely to stock up your cart with more stuff if you’re getting a bargain on every item you buy.

Microsoft and Google have vowed to keep up, matching Amazon’s prices while beefing up their own selection of services.

And that means the whole cloud industry has to cut prices as time goes on, not raise them.

Aaron Levie, CEO of cloud storage company Box just told The Information, “We see a future where storage is free and infinite.”

That’s great news for those of us with a growing stash of documents, photos, and smartphone videos.

But it also means that companies like Box, Dropbox, Google, Microsoft, HP, IBM, and others have to come up with unique cloud services that people are willing to pay for.

For instance, Microsoft and Google have put Office apps in the cloud, and they toss in the cloud storage as part of that.

Box, which still hopes to go public one day, is doing a similar sort of thing. It offers extra security around files, something enterprises are willing to pay for to make sure they comply with all laws.

Box is also building other applications, things like a project management app. That’s like a GitHub for documents, where all the files for the same project live in one place and people can collaborate, or a sales portal that lets salespeople see which customer has been given which bit of marketing materials.

Meanwhile, every new company in the cloud computing war is looking for ways to offer special services beyond renting apps or storing files.

When Cisco announced it would spend $1 billion on the cloud last summer, the executive leading the project, Nick Earle, was quick to declare, “Our strategy is not to follow AWS on the race to zero.”

All the big players have declared much the same thing as they spending billions on their clouds: IBM, HP, Oracle.

But when push comes to shove, the price war is on, and Amazon is determined to keep it on.