Canada continues to try to set itself apart as a haven for the game industry. The latest evidence is that Execution Labs, a Montreal-based accelerator for game startups, has raised $5.3 million (6 million Canadian dollars) to expand its investments in games. 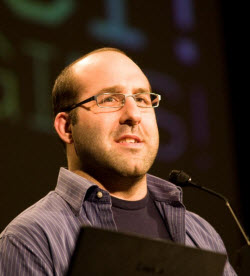 The company takes applications from startups, trains the most promising ones for three months or longer, offers them advice from industry experts, and helps them launch their mobile apps. The move shows that games are still attractive to both investors and entrepreneurs, and mobile gaming is becoming the focus of most game startups. 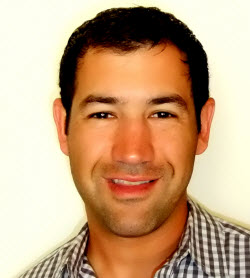 The labs will follow in the footsteps of other incubators in the game business such as YetiZen and YouWeb.

The round was led by Toronto-based Corus Entertainment, a publicly trade media company. Existing
investors BDC Capital, Real Ventures, and White Star Capital also participated in the round.

“The goal of Execution Labs has always been to foster the development of independent game studios, and with the support of our incredibly generous mentor network we’ve been able to help talented developers launch great games and then go on to set up sustainable studios,” said Jason Della Rocca, cofounder of Execution Labs, in a statement. “With the injection of funds from Corus and our existing partners, we’ll be able to keep fueling those new studios while ensuring that the top developers out there continue to get the funding and support they need to launch amazing new games.”

Scott Dyer, executive vice president at Corus said in a statement, “We look forward to combining Corus’ expertise in brand building with Execution Labs’ talent for identifying and fostering game developers to create exciting and innovative new intellectual property for the gaming industry.”

Dyer will join the board of Execution Labs. With the new money, Execution Labs will expand its services by offering indie game developers a “pre-production accelerator” and a “finishing fund.” The pre-production accelerator is based in Montreal and will offer up to $44,184 (50,000 Canadian dollars) in funding, shared workspace, and mentorship for games that are not yet in full production. The program is open to international applicants, and it has expanded its scope beyond mobile to accept applications from developers across all game platforms and business models.

The Finishing Fund will provide funding for experienced independent game studios anywhere in the world with games nearing completion but that require funds and support for final production, testing, and marketing. Finishing Fund teams will receive support both from Execution Labs’ extensive mentor network and from its in-house experts. This assistance includes game design, data analysis, community building, and user experience testing.

“We are implementing a strategy of supporting innovation clusters where Canada is a global leader, such as in video game production,” added Dominique Belanger, vice president of strategic investments and partnerships at BDC Capital, in a statement. “Our continued support of Execution Labs is one example of such a strategy.”

Double Stallion also received Canadian Media Fund capital for its game Luna and is simultaneously developing a licensed game based on their Big Action Mega Fight engine for a well-known publisher.