Microsoft and its 343 Industries game studio have turned the multiplayer version of Halo: 5 Guardians into something that e-sports fans are going to like. The companies have revealed details of the multiplayer beta, which will be unlocked on Dec. 29 for people who purchase the $60 Halo: Master Chief Collection which goes on sale tomorrow.

I attended a preview event for the multiplayer beta for the Xbox One version of Halo 5: Guardians. I also interviewed Josh Holmes, executive producer on Halo 5 Guardians at 343 Industries, and Tim Longo, creative director of Halo 5 Guardians at 343. I played the Spartan vs Spartan multiplayer beta with them and talked to them about it afterward. The revelations so far focus on Arena mode, where you concentrate on head-to-head sports-like competition in landscapes that seemed like sci-fi versions of gladiator arenas from Roman times.

“We’ve been very focused on the core gameplay as a team,” said Holmes. “We have focused on it for a couple of years, and we want to get it right.”

The beta runs at 60 frames per second on the Xbox One, and the details and nuances in the graphics, like sunshine or shadows, really stand out now.

Players will now have the same set of abilities and weapons when they step on the battlefield, so that it is level playing field. You can sprint for an unlimited time. These abilities all go to strengthen the fantasy of what it means to be a Spartan — a super soldier on the sci-fi battlefield. The beta will last until Jan. 18, and new maps will be released over time. Fans will be able to go online and see previews of what’s to come. The players can vote for what they want released. 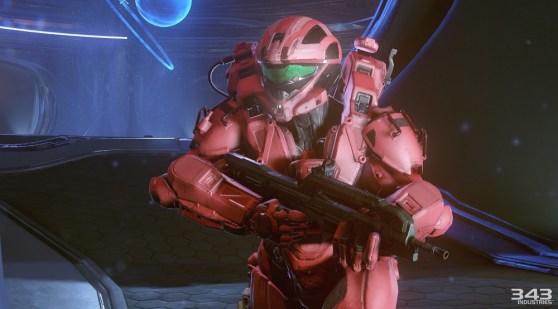 “In combat, it’s a lot more difficult to pull off. It’s a high risk, high reward move,” Holmes said. “It brings a lot of verticality to the gameplay.”

“This gives Spartans the ability to move fluidly throughout the environment,” Holmes said. “We’ve built all of the maps of Halo 5: Guardians with his move in mind.” 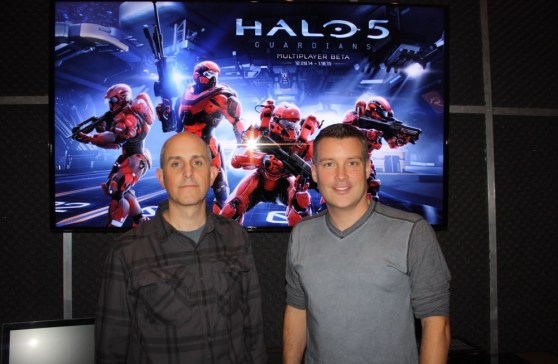