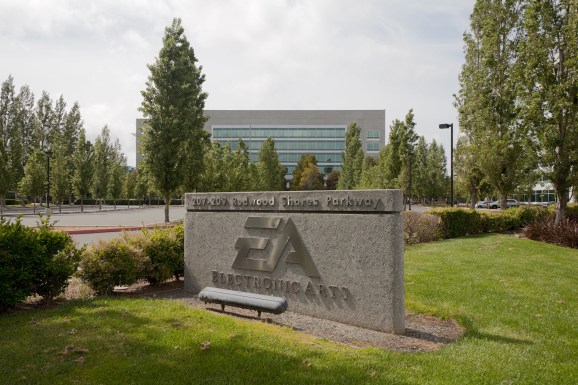 One of the big employers in video games.

The economy of the United States is on the upswing. Unemployment is down to 5.8 percent, and we’re adding hundreds of thousands of new jobs every months — and the video game industry is partially responsible for that.

The Entertainment Software Association, the game-industry lobbying group, released a report today that found that business grew more than 9 percent annually from 2009 to 2012. That rate more than quadrupled the wider U.S. economy, which spent those years stuck around a mediocre 2 percent growth. While the U.S. struggles to hang on to high-paying manufacturing jobs, the creative industries like gaming and Hollywood continue to create growth. That helped games contribute more than $6.2 billion to the American economy in 2012.

“The high-energy, high-tech video game industry is rapidly producing some of the most valuable jobs in the U.S. economy,” ESA chief executive officer Michael D. Gallagher said. “Our industry is one of the nation’s fastest growing economic sectors and represents tens of thousands of high-paying, well-educated professionals, artists, and creators.”

The games industry’s 9 percent economic growth helped publishers and developers reinvest in their companies, which led to them adding a huge number of employees. Annual job growth for gaming from 2009 to 2012 outpaced the rest of the economy 13-fold. Gaming averaged 9 percent while the rest of the labor markets only grew jobs by less than a percent.

ESA’s study found that 42,000 people work directly for the game industry throughout 36 states. If you widen the focus and look at people directly and indirectly employed due to gaming, that number grows to 146,000 individuals. The average salary for industry employees is $95,000, and direct compensation averaged more than $4 billion over the three-year period of the study.

While California employs the most game-industry workers, the ESA notes that 21 other states and Puerto Rico are offering incentives to threaten pull some of the industry’s dollars and jobs away from the Golden State. Texas, in particular, employs a huge number of workers, and it has seen a whopping 49 percent growth in that figure since 2009. Washington state was just behind Texas.