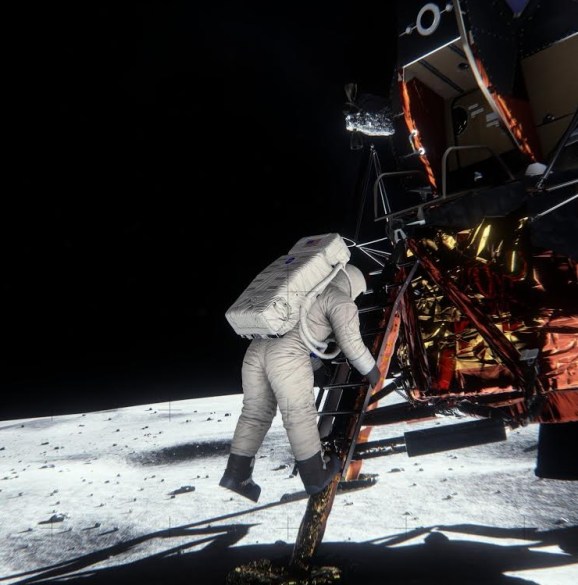 Nvidia is releasing the software it created to prove that the 1969 Apollo 11 moon landing was real.

Over the years, conspiracy theorists have argued that a photo of astronaut Buzz Aldrin was a fake and that the whole moon landing was filmed in a studio. They argued that Aldrin should be obscured by shadows, based on the angle of the sun.

But Nvidia’s graphics experts say they have correctly simulated the environment and found that the moon dust reflects light that illuminates Aldrin. Nvidia tapped a technology dubbed “global illumination” to properly re-create light sources such as the sun and reflections. One source of light seemed like it was in the wrong place in the photo, but Nvidia showed it was a reflection from Neil Armstrong’s bright spacesuit. On top of that, the photo had no stars visible in the sky, but Nvidia showed that was caused by the exposure setting of the camera, which needed a low f-stop so that the sun wouldn’t wipe out the entire image.

Nvidia’s high-end Maxwell graphics chip with Unreal Engine 4 software was able to render the scene in real time. Gamers can toggle Armstrong in the software to see how his space suit affects the light in the scene.