You can now see who’s investing in Bitcoin thanks to a new integration between Bitcoin wallet Coinbase and social investment platform Openfolio, the company announced today.

Openfolio is just what is sounds like: an open portfolio. The network makes its users’ investment activity transparent. With the Coinbase integration, Openfolio will document a person’s investment in Bitcoin like it would a stock investment. Openfolio hopes the inclusion of Bitcoin may spur investment in the crypto-coin by making coin owners more visible.

“Being a trendsetter is hard if you’re all alone,” says Openfolio’s founder Hart Lambur.

Openfolio’s interface looks a lot like Facebook. On the left side of the page is a user profile and below it is the familiar grid of faces used to chronicle friends or follows; it also has a feed of investment activity in the middle page. The company connects directly to user brokerage accounts to pull in information about their investments. Openfolio also aggregates public investments made by major investment figures like Warren Buffett. The platform doesn’t reveal how much money a user has invested in a given stock, but rather the percentage an individual investment comprises of their total money invested.

Social investing platforms pop up frequently these days. Motif Investing and Futureadvisor are two examples of these kinds of networks, though both focus a bit more on connecting users with an investment plan for a fee. Like a social network Openfolio is free. Rather than offer investment advice, it tracks stock performance, shows users who else is investing in that stock, and how a user’s investments stack up against those of their peers.

In addition to transparent portfolios, Openfolio plans on using the information it gathers on its site for analysis — like how investors from different industries compare to one another. 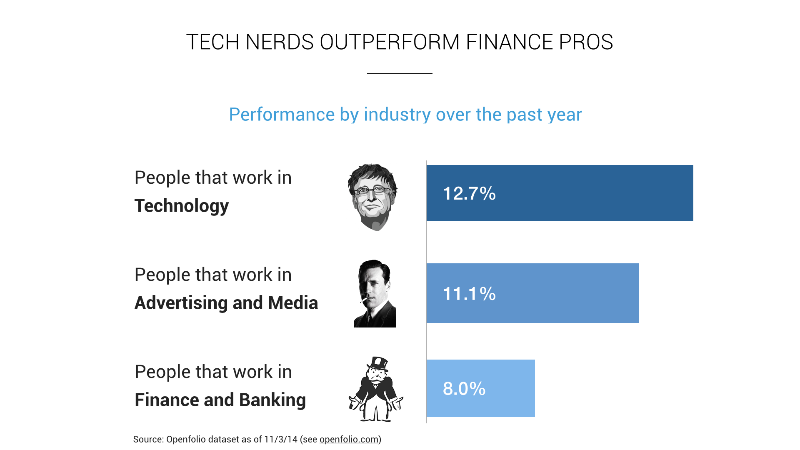 Founded last November, the company closed a seed raise of $1.8 million in September.