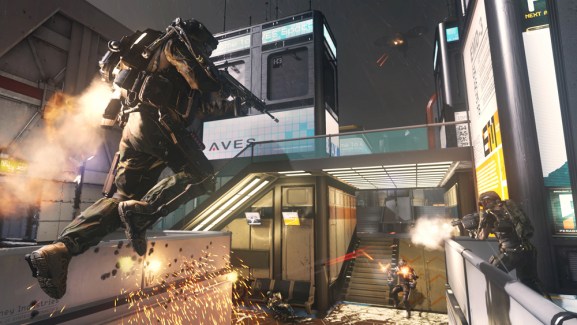 Games like Call of Duty: Advance Warfare can be good for your brain.

One of academia’s most prestigious science journals just gifted video game enthusiasts with this unusually awesome opening paragraph: “Playing action video games substantially improves performance in a range of attentional, perceptual, and cognitive tasks,” writes a research team in the November issue of the Proceedings of the National Academy of Sciences.

Specifically, the researchers find that playing “action video games,” such as first-person shooters Call of Duty or Unreal Tournament, trains the mind to filter out noise and predict future tasks (or build “perceptual templates,” as the researchers call it).

“In order to sharpen its prediction skills, our brains constantly build models, or ‘templates,’ of the world,” said the University of Rochester research professor Daphne Bavelier. “The better the template, the better the performance. And now we know playing action video game actually fosters better templates.”

To evaluate the effects, the research team paid some (very lucky) undergrads $8 an hour to play one of two types of video games: one with lots of action (Unreal Tournament), and one without (The Sims).

Those playing the fast-paced shooting performed better at a visual perception task, which the researchers suspect have benefits to real-world learning. Previous research on video games shows that enhanced visual training improves the skills necessary to be a good surgeon or pilot.

Most important, this particular study found that the benefits to fast-paced video games lasted at least several months to a year after training, proving that Call of Duty and others can have long-term benefits.

The newest Call of Duty just came out, so do your brain a favor, and fire up the Xbox or PlayStation (in moderation, of course).