At the Samsung Developer Conference in San Francisco today, Samsung introduced the Gear VR Innovator Edition (read: a developer edition for public consumption). The Oculus-powered headset will be made available in “early December” but only for U.S. residents.

While Samsung touted the device’s “immersive entertainment experience,” it also promotes the Gear VR’s potential for “innovative uses for enterprise.” Examples include realistic training simulation for vehicles or aircrafts, 360 degree views of scans for healthcare, and interactive learning experiences for the classroom. 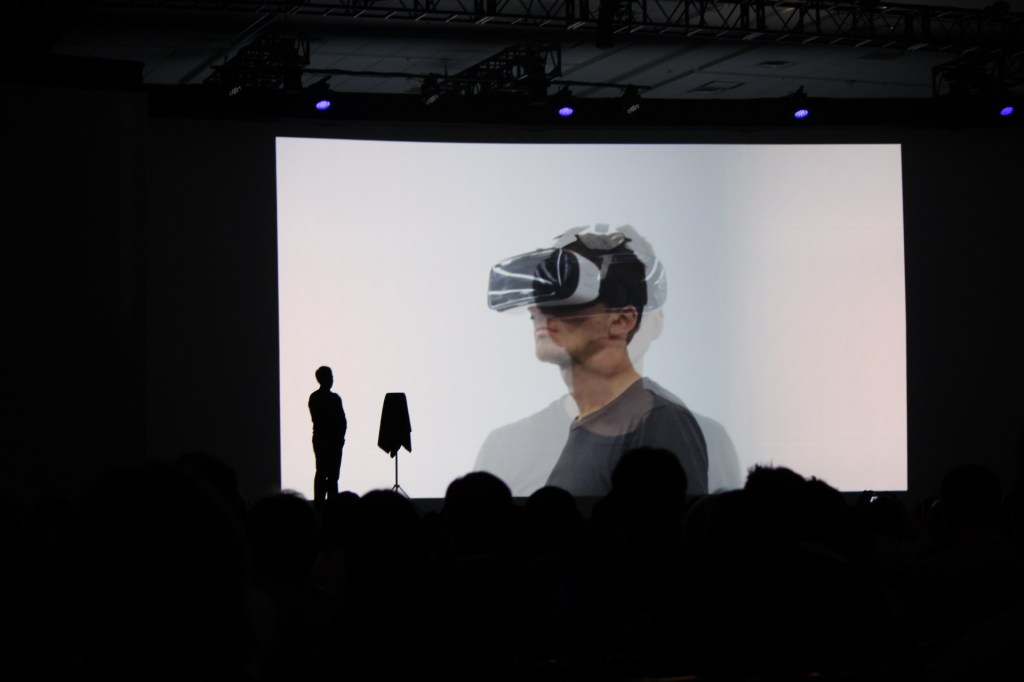 Above: Samsung VR on the big screen at SDC in San Francisco.

When Samsung first unveiled its Gear VR headset in early September, the company shared that it depends on the Galaxy Note 4, which is sold separately. The gadget uses the smartphone’s giant 5.7-inch Quad HD Super AMOLED display as its screen.

The Korean company did not talk pricing today for its new device. We are expecting $199, though the Innovator Edition could be priced differently.

Make sure to read our hands-on with the device. If you’re stateside, you’ll be able to try it out yourself next month.