“The new C4 instance is the highest-performance one that you can get,” Werner Vogels, Amazon’s chief technology officer, told the crowd at the conference.

And the instance results from a tight partnership with Intel, which is giving Amazon an exclusive on the new Xeon E5-2666 v3 chips, said Diane Bryant, general manager of Intel’s data center group.

Here’s the lineup of the new C4 instances: 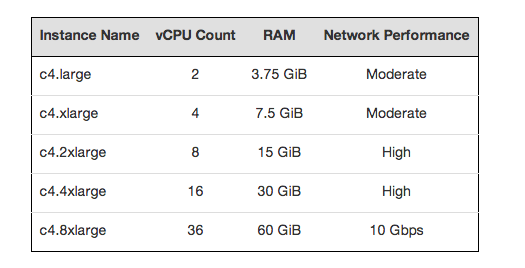 Pricing details will come later, according to a blog post today from Jeff Barr, the Amazon cloud’s chief evangelist.