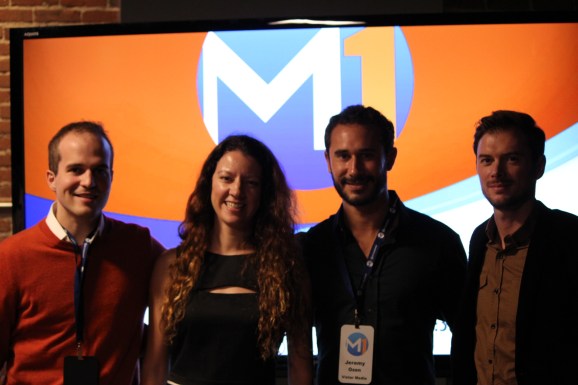 SAN FRANCISCO — Despite a recent surge of privacy concerns, beacons are powerful marketing tools that are rapidly becoming part of everyday life, said panelists at the Mobile First conference today.

An Oct. 6 Buzzfeed article about an outdoor advertising company that installed 5,000 beacon devices in phone booths around New York City caused so much backlash that the beacons were ordered to be removed.

Now some members of the mobile marketing community are speaking out, saying the article misunderstood how beacon technology works and overstated the privacy threat to New Yorkers.

Beacons are small devices that can detect the phones of users who have downloaded a business’s app, so that the business can offer deals and coupons to the customer when they enter the store. Beacons usually use Bluetooth to connect with phones in a store, but they’re increasingly using other network technologies like Wi-Fi and near-field communication (NFC).

“The BuzzFeed article about the phone kiosks in New York City didn’t really understand how beacons work,” Ozen said. Beacons don’t just track people’s phones at random, he said. “You have to have an app. You have to opt in.”

Ozen points out that you have much more control over when a beacon lets someone push a notification to your phone than you do when a cookie in your browser enables someone to show you an ad based on your browsing habits.

“The article was inflammatory,” said Signal 360 founder Alex Bell. “If there’s no app, there’s no tracking.”

“I think the way you get around that is to focus on the benefits beacons have for consumers,” Bell said. In the same way that cookies can be used to free users from filling out online forms or entering passwords over and over, beacons can be used to offer marketing content to mobile users when they are most apt to use it.

“You walk into a grocery store and you don’t want to get any messages, unless you are in that certain section where you’re in the habit of looking for coupons or deals on the products there,” Bell said.

Bell compared the beacon uproar to that over mobile payments, another technology that originally raised security and privacy concerns among consumers, until consumers began to realize the convenience of the technology.