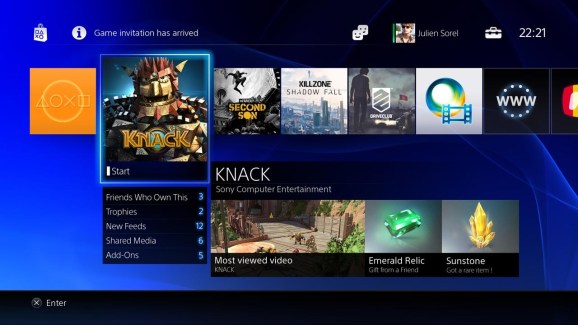 The Xbox One and PlayStation 4 are moving game purchasing into digital faster than ever before.

Yesterday, industry-intelligence firm The NPD Group reported results for October. It was another strong month for hardware, but software sales were down 28 percent year-over-year. That is worse than what analyst Doug Creutz of investment firm Cowen and Company was expecting, and he credits digital for the discrepancy. The NPD’s figures only track new sales for physical games at U.S. retailers, so it doesn’t include titles that people are buying on the Xbox One Games Store, for example. This could drag down game-related revenues at retailers like Target and Walmart.

“[Sales were down] driven by a tough comparison to last year and the drag from a significant percentage of next-gen software units being sold digitally,” Creutz wrote in a note to investors.

Gamers were buying software digitally on the Xbox 360 and PlayStation 3 as well, but it was at a ratio of around one digital to nine physical. Now, on Xbox One and PlayStation 4, that number is closer to one to five. Creutz thinks it is even higher.

“This is not so much a problem for the publishers as it is for brick-and-mortar retail,” the analyst wrote.

Creutz expects physical game sales to take a big dip in comparison to last year. While specialty retailer GameStop has worked to make itself a big part of digital sales, other outlets like Target, Best Buy, and Walmart could start seeing a decline in their software market share this holiday.

The decline isn’t completely due to digital. A lot of the comparison has to do with Grand Theft Auto V selling well throughout the end of last year as well as stagnant software sales on old-gen systems. But digital’s strength is the big surprise.

“Given the strong shift toward new-gen games that is apparent from recent data, and the fact that digital currently appears to be taking as much as 25 percent share of total new-gen sales depending on the game, we continue to expect total Q4 physical unit sales to be down double-digits year-over-year,” wrote Creutz.

In the last two months, many gamers skipped the stores or online retailers to get Super Smash Bros. for 3DS and Destiny and instead used the 3DS eShop, Xbox Live, or PlayStation Network. Nintendo revealed that more than 19 percent of the sales for its four-player brawler were digital. Analysis firm SuperData Research reported a similar figure for Activision’s sci-fi shooter.