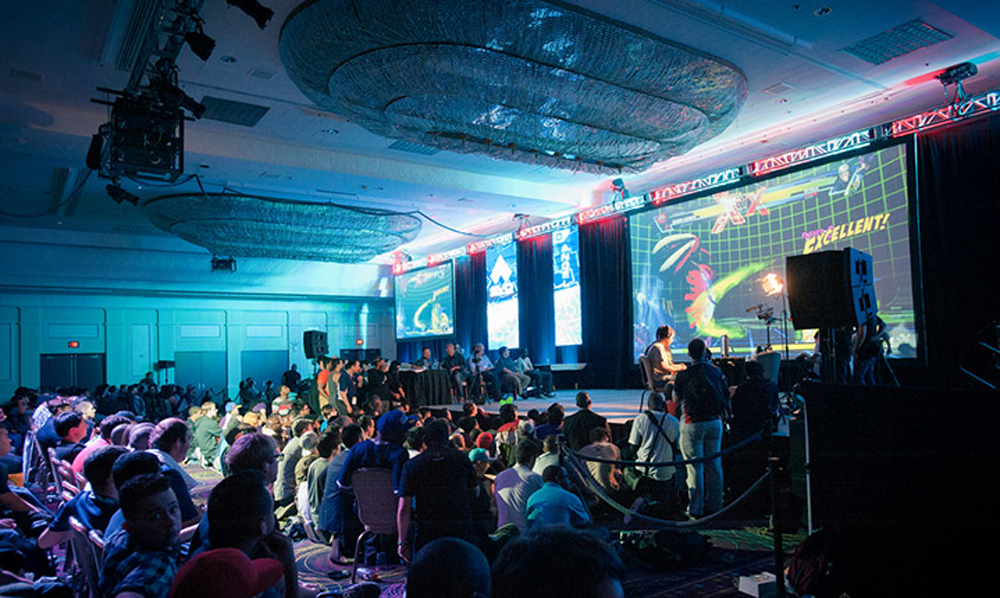 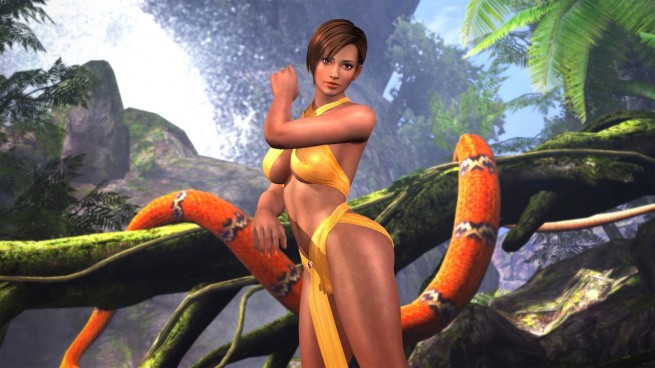 Above: Nothing suggestive about this. …

GamesBeat: In the West, the games industry is going through an extremely volatile time when it comes to sexuality and gender representation in games. Dead or Alive is one of the medium’s prime examples of females being overtly sexualized. Is this controversy on Team Ninja’s radar? If so, what’s your viewpoint on these issues?

Lee: Gender equality, misogyny, gamer gate are all industry topics/issues that we are certainly aware of and paying close attention to.

As a fighting game, our position on Dead or Alive is that we are creating female characters in an obvious fantasy setting where they compete with other male and female characters using extraordinary abilities. They are each strong and unique in their own individual way. And they are no less powerful than any of their male counterparts/opponents.

So, if we’re going to showcase strong female fighting characters in a game, why not make them look beautiful as well? Obviously, beauty is a subjective thing and everyone has their own opinions or interpretations of it. And that opinion of beauty also changes and varies from time to time and from culture to culture. We choose to represent our fantasy female characters in the manner in which we’ve become notable for.

But, we also don’t feel that we are demeaning women by doing so and we certainly don’t condone that type of attitude or behavior. We want to portray our female characters as strong, sexy, confident and attractive fighters.

Sure, some people may find our presentation of this notion in poor taste or even juvenile. Even within our own team, we have our differences in opinion about what is tasteful or appropriate. And we’re well aware of our critics who continue to accuse us of objectifying females.

However, we as well as most of our fans around the world don’t share the same sentiments as our critics. We are creating video game characters in a fantasy setting. Their actions, aesthetics and overall visual presentation is more than obviously set in a light-hearted, over-the-top, candy coated universe. The dissimilarity from REAL life women, situations and settings should be pretty apparent as soon as you start our game. And we feel most gamers in this day an age are sophisticated enough to make this distinction quite easily. 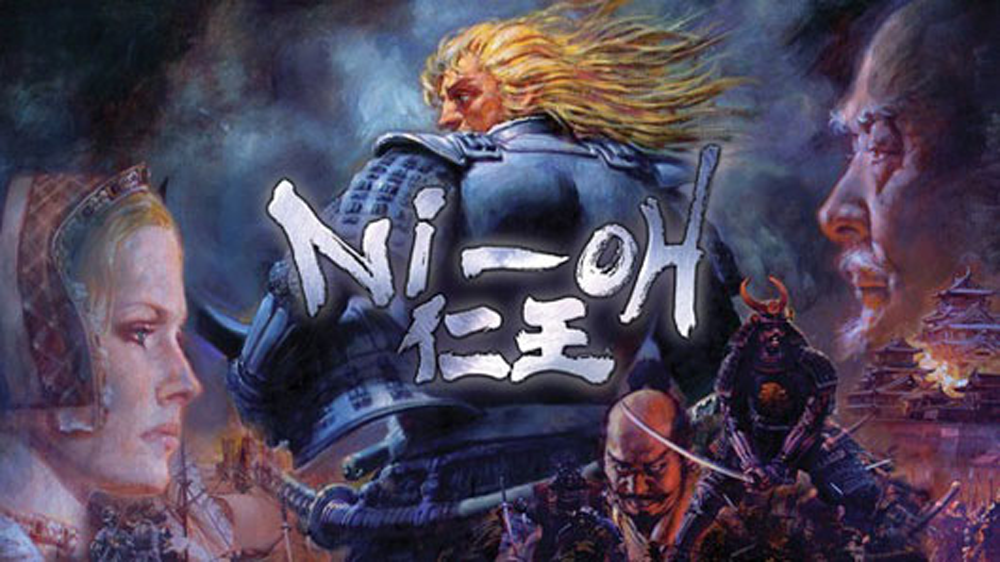 GamesBeat: I’ve been waiting for this post-Itagaki Team Ninja to really break away and do something that defines it. Is there movement to do such a game, with a brand-new IP outside of Dead or Alive and Ninja Gaiden?

Hayashi: We have a number of titles in development. Some of those are new challenges for us in terms of new IP and new kinds of gameplay.

GamesBeat: In relation, what has happened to Ni-Oh? It seems like this has the potential of becoming the Team Ninja defining game I am describing, but it has been massively delayed.

Hayashi: I have heard rumors that it’s been stopped, but it’s actually very much in development. We still need a little time before showing it off, but it is starting to come together and feel good. You should definitely keep an eye out for it in the future.