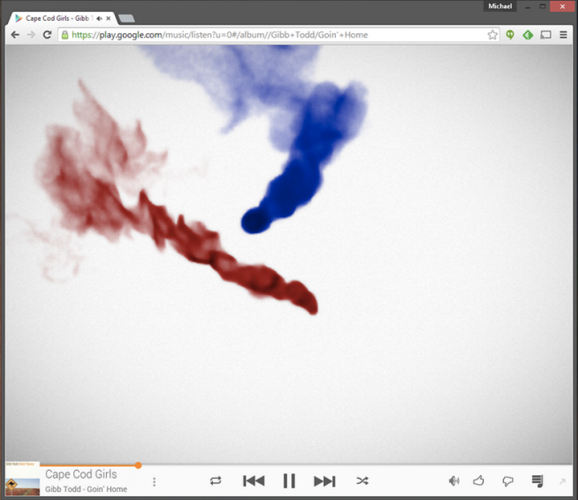 While Spotify and Taylor Swift continue to duke it out, Google Play Music is surprised and delighted its users by releasing a new music visualizer today.

The new “Particles” visualizers makes a beautiful colored smoke dance around on your screen to the rhythm of the song playing at the moment.

To activate it, put on a song, then hover over the album art in the bottom-left. An option for Particles will pop up; click on it, and you’re on your way to the soothing visuals of whatever you’re listening to.

Earlier this week, Google announced YouTube Music Key, a subscription service for $8 per month that will also come with a subscription to Google Play Music.