The astonishing Philae mission may be over.

After a dramatic descent, and a landing that saw the space probe bounce twice before finally coming to rest on the comet’s surface, Philae found itself parked under a cliff that is preventing solar panels from recharging its battery. Despite this disappointment, the European Space Agency reported that Philae sent back all the data it had gathered before its battery ran out.

“Prior to falling silent, the lander was able to transmit all science data gathered during the First Science Sequence,” said lander manager Stephan Ulamec, according to a post on the ESA blog. “This machine performed magnificently under tough conditions, and we can be fully proud of the incredible scientific success Philae has delivered.”

This data, from the first probe to ever land on a comet, includes samples it retrieved by drilling into the surface of the comet. The ESA reports that Philae did manage to perform a slight rotation, leaving a shred of hope that its solar panels could catch enough light at some point to wake it back up.

“However, given the low recharge currently available from the solar cells, it is considered unlikely that contact with Philae will be established in the coming days,” the ESA stated.

Meanwhile, the agency reports the Rosetta spacecraft that carried Philae to the comet remains in orbit, and will continue to record and transmit scientific data. 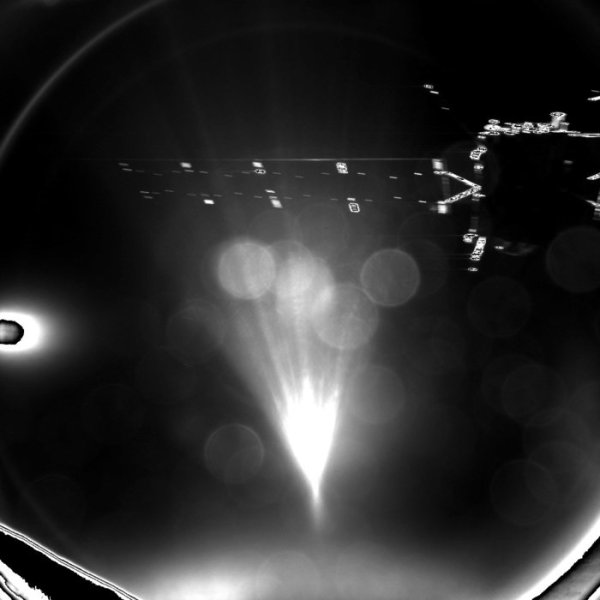 Above: Philae looks back as it leaves the Rosetta spacecraft.