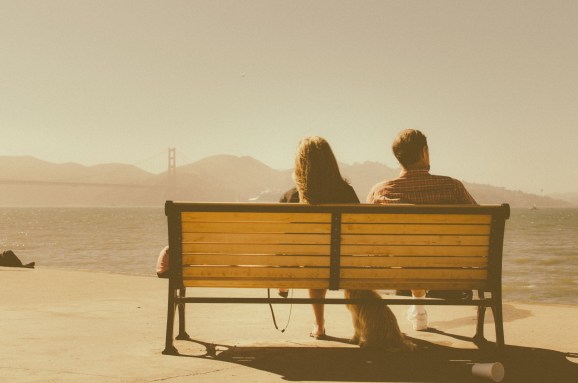 Tinder’s entire value proposition is that it connects you with other users nearby with whom you can immediately start chatting if the interest is mutual. But what if that’s not what singles actually want?

Much of online dating has used private messaging as a core way for singles to connect, communicate, bond, vet who they’d like meet with, and explore a romantic relationship. But some online dating entrepreneurs think that singles want to date, not spend precious time exchanging messages that often lead nowhere, take forever, aren’t conveying the person’s true personality, and so on.

Here are a couple of new and upcoming dating apps that are taking a different approach: Cutting out the chit-chat and taking you straight to the dates.

A fresh graduate from 500 Startups’ Batch 10, Whim was founded by an Okcupid Labs alumna, Eve Peters, who wants to help singles cut to the chase and go on dates. Though the app hasn’t launched yet (the team ran a beta test in Los Angeles last summer), it will serve up potential dates based on mutual availability, location, and a few other preferences that users can swipe through and reject or accept. Once a date is mutually set, Whim tells both users when and where — yes, it picks a date location for you — the date will take place.

The idea is to get users dating as soon as possible, thus the time and location availability, instead of wasting potential date time sending messages back and forth. That’s also why singles who have been matched and set up on a date only receive each other’s numbers a few hours before the date in case they need to communicate about last-minute logistics.

Much of the app’s design comes from Peters’ own conclusions from dating online herself. Whim seeks to lower the emotional investment of spending days chatting before a disappointing date (or none at all), getting you out on as many dates as possible because dating is a numbers game according to her, and keeping an open mind instead of focusing on what dating algorithms tell you about your potential matches.

Clover launched in the spring with a fairly similar premise to Tinder, but with a few extra features and tweaks such as showing you matches that liked you already even if you previously passed on them, letting you break out of the nearby-only mode, paid premium features, and more.

But now, the app is adding “on-demand dating,” which will be available by the end of the year, the company says. Similarly to Whim’s service described above, Clover daters set when and where they’ll be available for dates, the app gives them suggestions of other singles with the same availability and who are interested in them (presumably, have swiped “yes” on their profile), they can review the suggested date’s details, and confirm or deny the date. It even lets them pick out the location based on a few suggestions that come with ratings.

Just like its current version, Clover says it uses its proprietary Pair Algorithm to match people with potential dates — a bit like Zoosk and the like — although it’s a bit unclear what factors it takes into consideration given the low-effort of signing up (no long questionnaires).

The emerging approach is really reminiscent of matchmaking services, through which people traditionally get set up on dates, not with chat rooms. A few months ago, I tried out Tawkify, an affordable matchmaking service, and although it involved meeting up with a matchmaker at the beginning of the process, the rest of it pretty much worked like this — we both received a message with a time and place for the date and all we had to do was show up and find each other. In fact, my matchmaker got me a date for the night following our meeting, sharing the same spirit of “going on dates now” that these apps also have.

I’m not entirely sure whether or not this emerging approach really does solve the time-wasting problem. It could be argued that spending a couple of hours on a date with someone with whom you have no chemistry (meaning, won’t see again) is just as big, if not bigger, of a waste of time. But it does indeed get you to a date and gets you over the hurdle of asking a match to meet.