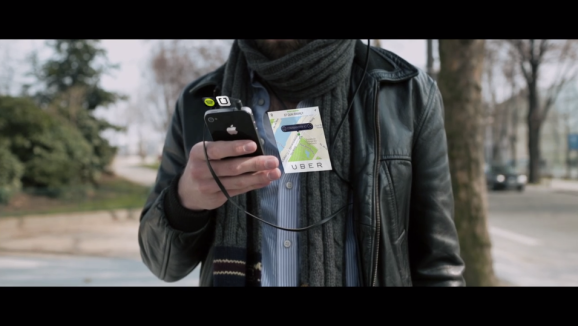 As if the convenience of hailing a car from your phone wasn’t awesome enough, Uber is rumored to be adding another element to its experience: Letting passengers select Spotify-streamed tunes from the app while taking a ride.

On Friday, Uber sent out invites to reporters for a press call, only stating that Uber chief executive Travis Kalanick will be joined by a “special partner guest” on Monday’s call. The invitation was rather plain, except for musical notes on the upper right corner. This mysterious partnership is with Spotify, and Kalanick will likely be joined by Spotify chief executive Daniel Ek, reports from The New York Times and TechCrunch say.

According to one report, Uber has been asking drivers to update their car information with whether or not they have a AUX audio input, hinting that they will potentially be able to use it to play music from their Uber-provided phones. Music controls will appear in the passenger app, letting them play, pause, skip a song, and so on during the ride.

There is also a ten-month old French video on Vimeo that seems to confirm this partnership that the report point to. In the promotional video, a passenger listening to Spotify music through headphones, hails an Uber car and proceeds to continue listening to the same track while riding in the car.

It’s not quite clear which Uber car services this will apply to, and in which markets yet, though the invites are for a “global” press call, hinting it’s likely to be available in many countries.