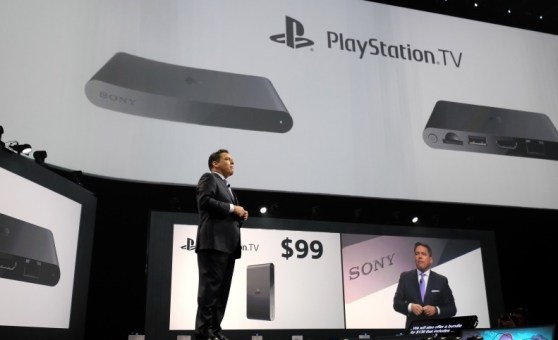 Above: Shawn Layden of PlayStation

Layden: No, not at all. It’s going to be a very competitive holiday season. Everyone’s going to move their numbers the best way they can. We’re going to be fully engaged in that battle.

GamesBeat: There are price cuts that are possible, but there are other things you could do to fight on that front, I suppose.

Layden: Benefit and value, I think, is what the customer will look for this holiday season. What kind of benefit does the platform bring to me? What added value? Those types of things. We were talking a couple of days ago when we made the announcements about the PlayStation Vue. That’s another way we’re showing the value of the platform. We’re still unveiling PSNow, but that should be coming to larger-scale rollout soon. That’s another way we show benefit and value to the platform.

GamesBeat: PS TV and so on, it seems like these are some of the things that PlayStation people mostly pooh-poohed at the very beginning when they were saying, “This is for gamers!”

Layden: A lot of gamers, our gaming audience, also watch television. We have the research to prove it. What we’re looking at with PlayStation View, I think you can look at music and say that things like iTunes or Spotify have changed and innovated across the music space. Whether it’s Netflix or Amazon or our own video service, that’s changed the whole paradigm around video, film, cinema, that sort of thing.

We haven’t seen a lot of innovation in the TV space, to the same degree. A lot of the stuff you experience on TV is pretty much the same way you experienced it 10 years ago. At 8:00 there’s this program and you want to watch it, but maybe now you can DVR it and watch it later. Still, a lot of it is centered around an old-style television. What we’re doing with PlayStation View is trying to disrupt that market.

GamesBeat: Do you want to help people multitask? Just watch a window of something while they’re doing something else?

Layden: I don’t think the research bears out that people want to have a P-in-P over here and something else over there. That only really happens when you try to watch the Cotton Bowl and the Rose Bowl at the same time. What we’re looking at is, there’s a lot of content out there. The airwaves are full of more stuff than you could watch if you lived to be 200. But it’s tricky to find it and get to it and assemble it the way you want it. Here are the channels I like to have close to me. Here are the things I only watch at certain times. PlayStation View gives you the chance to personalize your UI experience like that. 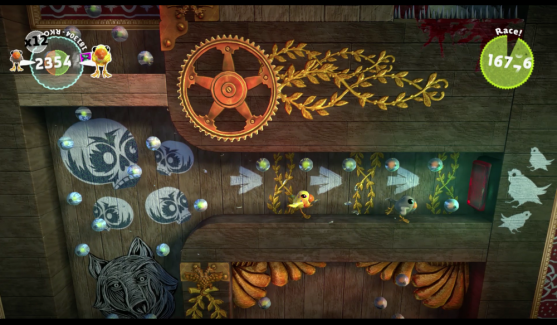 Above: This much wood wasn’t possible in prior LittleBigPlanets.

GamesBeat: What do you feel is going to get attention this holiday?

Layden: Next week we’re seeing GTA V coming out for PlayStation 4. We’re seeing Far Cry 4 from Ubisoft. It’s the best of the Far Cry series so far. I really love that game. My favorite for next week, though, is LittleBigPlanet 3. It’s a homegrown title, so I do have an affinity toward that. I was working in London when we discovered Media Molecule and signed them to the platform. But what I love about it is, we’re now seeing the catalog start to expand. I love my shooters too. I love action-adventure like everyone else. But LBP 3, we’re bringing the kind of content that draws the whole family to the gaming experience.

GamesBeat: Is PlayStation a little light on exclusives this season?

Layden: Well, obviously LittleBigPlanet is exclusive. We’re looking, early in the new year, at titles like Bloodborne and The Order. For the holiday season, the greatest games are the greatest games. I certainly understand when publishers wish to get their art in front of as many eyeballs as possible. But I like to think that the games look better and play better on PlayStation 4.

GamesBeat: It’s okay to spread the slate out across the whole year, do you think? So you can have some of these exclusives coming in the springtime or other times instead of always in the fall. The Last of Us came in the summer.

Layden: Artists create their own timeline. [laughs] There’s only so much we can do to affect that. But to the general point, we like to have good content appear on the platform year-round. We don’t just want a cluster in the summer and a cluster at the holidays. We’d like to fill the whole year.

GamesBeat: What were some challenges you faced in the past year?

Layden: Before I got here, we launched the PlayStation 4. The big challenge last Christmas was just getting supply into stores. You’ll have seen the NPD numbers from yesterday. We’ve been the leading next-gen console for the last 10 months. It would have been 12 months had we gotten enough product in the market in December 2013. Those challenges have all settled out. It’s a first-class problem to have, to be honest. But now Europe and Japan are lit up. We have a global PlayStation 4 presence, and that’s good.

At the start of any new platform, there’s a lot of energy and focus on that launch window for the hardware, getting the software in there. Then there’s the inevitable lull a few months after that. But we saw, starting late this summer with titles like Madden and Destiny coming out strong in September, it’s been snowballing into the holiday. The content pipeline is flush now.

GamesBeat: I thought you were going to mention the PlayStation 4 Update 2.0 issue as a challenge. Have you learned anything from that? Is it resolved?

Layden: Knock on wood, the issues have been ironed out. Sometimes, in our excitement to bring some great new innovation to market as quickly as we can, we move really fast. I like to think we can remediate very quickly as well.