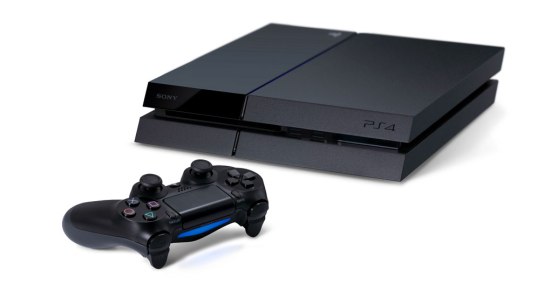 Above: Sony released the PS4 in North America on Friday.

GamesBeat: Do you think you’ll change the way some of your updates happen? Maybe just do a lot more smaller ones?

Layden: We’re looking at all these issues. Sometimes these updates get big because so many of the components are reliant on each other in some way. It naturally creates its own size effect. But I think we’ll look at the rollout going forward and see when we can get a discrete benefit or feature that can go out and go out now. You’ll still see some of the large ones, just because they’ll be packaged together.

GamesBeat: I am curious what kind of strategy you’d pursue going forward now that you have this market position. You’ve outsold the other guys two-to-one. It’s very different from the start of the last generation. Do you want to think about doing some things like grabbing back certain exclusives? The one I think of is that Microsoft was always perceived to have an advantage in Xbox Live. The Call of Duty exclusive they had with Xbox seemed to be one that matters.

Layden: Call of Duty Advanced Warfare is selling really well on the PlayStation 4, so–

Layden: There’s some of that going on, yes. We’re looking at 2015. Our concentration is going to be around continuing to provide two things. One is, from a hardware standpoint, we want to continue to innovate across the hardware. There are lots more features and benefits we can pull out of the PlayStation 4 hardware. It’s pretty well feature-proved to allow us to do that. We’ll continue to execute on that.

At the same time, we’ll continue to work with our publishing partners, and especially the independent developer community, to propel their excitement into an effective way to execute their vision for games across the new platform as well. The broadening of the demographic for the PlayStation 4 – and for any new platform – really begins in year two. My personal favorite, again, is LBP 3. That’s the harbinger of great things to come as far as lightening the palette of games we’ll be exploring.

GamesBeat: Have gamers been excited about anything related to the PS4 that’s really surprised you?

Layden: 530 million share button presses was not in my model. I did not see that number coming. That’s been exciting for us. That also belies the fact that everyone is getting connected across the PlayStation 4. It’s become its own social hub, which is so important. We all have our cell phone with us. We’re all ready to tweet or call or text someone at the drop of a hat. People are using the PS4, as we can see from that share button metric, to do just that, to stay connected with other people.

We’re also happy to see a lot of excitement around the PlayStation Experience in Las Vegas. One thing we’re doing this year that’s entirely new to us is hosting our own consumer event. When I was in Tokyo we did one, years ago, and in London we did it for a few years in the PS2 era. It effectively killed ECTS, the U.K. trade show. But we think that with the PlayStation birthday, December 3–

Layden: 20 years this year, yeah. December 3, 1994. Not only we have the birthday, but it’s almost exactly six months after E3. It’s good market for a lot of the game developers to come out and have something new to say, some secrets to reveal, some announcements to make. We can open that up to the wider gaming community, our fans.

GamesBeat: Did you plan it to also be the day after the new awards show that Geoff Keighley is putting on? Those game awards are on the Friday after you start.

Layden: It’s going to be a great three-day weekend in Vegas, is what I’d say. 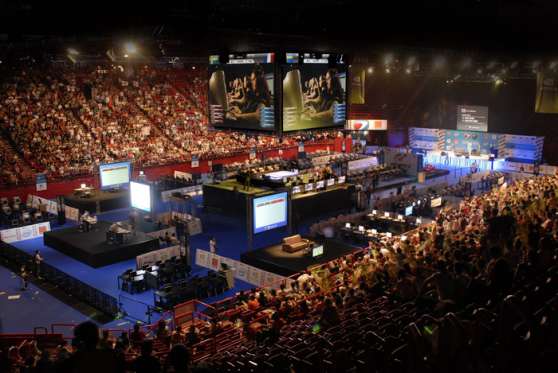 GamesBeat: Is the strength of eSports becoming more evident? Are fan events related to that as well? Is it becoming something you have to think about?

Layden: eSports are interesting. It’s coming into its own now. You’ve been covering the sector for as long as I’ve been in the sector. We’ve been talking about that since the first PlayStation, Tekken tournaments and things like that. But now, with the networking power of the consoles—It’s still mostly a PC thing, the big eSports events. But the connectivity of the consoles and the fan base around that and the type of games we can experience, naturally that all leads into something. I don’t know if this will be year one for that. But there’s a lot of excitement and energy around that. We’re talking about tournament activities and things like that at PlayStation Experience.

GamesBeat: Here’s my million-dollar question: How does PlayStation compete with things like Clash of Clans and League of Legends?

Layden: We coexist. The world is a big place. We totally accept that, even if you’re a hardcore PlayStation gamer, you may wish to have different gaming experiences in different settings. That’s completely reasonable.

Layden: We want to be successful. I don’t think it’s necessarily a zero-sum game. I don’t have to beat some other game in order for my game to succeed. I just have to make a great game.

GamesBeat: EA Access, I don’t know if you have much to say about how it is [available on the Xbox One and not PS4], but it seems like the publishers’ attempts to be creative to business models are an interesting space, one where things have yet to be resolved. Does EA Access make you think about anything on that front?

Layden: It may sound cliché, perhaps because I say it all the time, but we’re focused on what bring the benefit and the value to the PlayStation user. We’re looking at something like PlayStation Now, a streaming gaming service, being able to reactivate the entire PlayStation 3 catalog for the PlayStation 4 community.

One of the things that we don’t manage very well in our industry—You can still buy Bob Dylan’s Blonde on Blonde album. You can download it, buy a CD, buy vinyl. You can still get a copy of The Maltese Falcon on DVD or blu-ray or some download service. But in gaming, every time we change platforms, we take this wonderful vault of IP and we put it in the garage. We never get to see it again. We’re hoping that streaming technology will give us a way to fix that. We can begin to re-open those vaults of valuable IP that we’ve had for years and haven’t found a way to get in front of the eyes of new gamers.

We’re looking at all kinds of different ways to bring those benefits and values to consumers. I’m not surprised that the publishing community is also trying to develop their own.