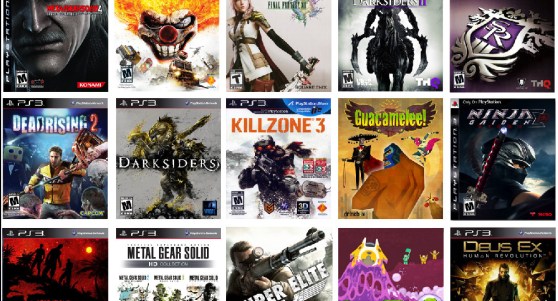 Above: The PlayStation Now

GamesBeat: The early users on PlayStation Now felt like the frame rate and quality for the graphics could be better. It was the latency. Is that a solvable problem?

Layden: Most of it’s been solved already. If you get on the PlayStation Now beta currently—I’m amazed that we got the tech up and running and tweaked as fast as we did. It came together really strong. At the same time, what we’re also seeing is that everyone is getting better net connections in their homes – to varying degrees, depending on where you live, but that’s also improving. Those two improvement ramps are only going in positive directions.

GamesBeat: How is your view of the indie situation on the platform?

Layden: It’s great. Maybe in the last generation we lost some of our mojo or focus around creating opportunities for new developers to get into the game. I remember back on PlayStation one, we had something called—Did you ever hear of the Net Yaroze? It was a program we had. You would sign up as an independent developer and you got this dev kit, a matte black PSX. You would code using a form of Linux and some other tools we’d give you and we let people tinker around and try to build games.

It’s something that’s been in the DNA of the PlayStation group for 20 years now. Maybe we lost that at some point in the middle. But I’m so happy that we’ve come back to that. Vita provides a good opportunity platform for people to come up with more modest game opportunities. I was in Latin America just three months ago meeting with a bunch of developers to see what they’re working on down there. There’s some crazy stuff being made in Peru and Chile. Hopefully we can give them a chance to reach an audience in North America as well.

It’s super important to us. I know you’ve spoken to Adam Boyes. Adam is the poster boy/mascot for the whole indie movement.

GamesBeat: How are markets like that looking to you? These are emerging markets that the last generation never reached. I wonder if more of them could be opened up.

Layden: Certainly under our remit, where we handle all the markets from Nova Scotia to Tierra del Fuego—We put a lot of energy into Latin America and South America. Year on year, we have a special Destination PlayStation for Latin America, to meet with the retailers and the development community. It’s growing.

There’s a lot of complexity around working in those markets, but the complexities aren’t around the customer understanding what the gaming opportunity is. It’s more the complexity around government regulations on customs and duties and taxation, which can make it cost prohibitive, in some markets, for a wider audience to get to that. But we keep working with the government agencies to find the most effective way to bring the right product at the right price into South America.

GamesBeat: The business models seem to be interesting. The PlayStation Plus subscription service seems to have worked out. I don’t know about free-to-play. When you get a larger installed base at some point, free-to-play starts to make sense too. Are you interested in any new business models?

Layden: Absolutely. I hate to keep banging on the benefit and value story, but I think our PlayStation fans have the expectation – and they’re right to do so – that PlayStation is somewhere new things will continue to be served to them. New opportunities, new ideas, new ways of solving old problems, new ways to experience content.

Free-to-play is an interesting market. It’s quicker to understand how that works on a mobile phone, or on tablet, because the development costs going in to build the application are different. When you bring it to a 75” TV, the development cost of creating that is pretty high. If it’s completely free-to-play, you’re looking at business models where 99 percent of people don’t pay for anything, one percent pay for everything, and that’s how you build it out. It’s tricky. We’re working with a lot of different developers on what’s the best route to market for that.

GamesBeat: Part of this last year has seen a lot of craziness happening. Gamergate has been going nuts. The industry has been kind of quiet about it. I wonder why, and whether or not there’s much to say about it.

Layden: I think the industry has spoken with one voice on this one, through the ESA. All of us are members of that trade body, including me and Phil Spencer and Reggie and all the big publishers.

GamesBeat: They issued a statement, but they didn’t really say much about it. It seems coordinated, but there hasn’t been as much speaking out as I might have expected. People could still individually have something to say. Mike Morhaime did at BlizzCon. The message hasn’t been repeated as much. It just seems uncharacteristically quiet to me. 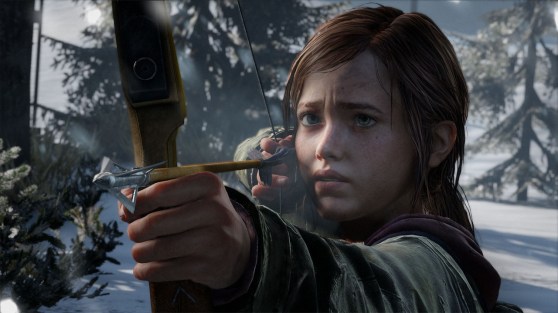 Layden: I did see your piece about your favorite women characters in games. Ellie was an excellent choice. I don’t think there is one statement or one position on it, or one answer to whatever this very broadly-defined #GamerGate really means. A lot of things are getting swept into that. I’ll be very clear about my view of harassment or bullying. It’s completely unacceptable. Completely unacceptable. I will not be vague or equivocate about that.

The question about women in the gaming industry, that’s something we all take on board as individual corporations. We are best in class — or close to it, certainly – in this industry. In the development group we have Shannon Studstill, who runs our whole Santa Monica operation. She’s going to bring the next big franchise out from there. We have Connie Booth, the studio head up here in San Mateo. Women executives up and down the [organization chart], and in the production teams. We make our statement just by executing to that plan.

1 2 3 4 View All
GamesBeat Black Friday Gift Guide: Everything we recommend this holiday season