Apple’s broken iOS App Store is taking us back to the good-ol’ Yellow Pages days, when naming your company ‘AAA 123 Electricians’ meant you ruled the listings.

Go to the games section of the App Store, and it all looks fine … until you start checking out subcategories, such as racing, sports, or simulation games. Then it starts falling apart. Instead of offering a curated selection of relevant games, the App Store presents a list that favors numbers, special characters, and alphabetical order. For example, the “New” section in the simulation category highlight games like *777* +, 123456789, and $$$$$$. And what’s hot in word games right now? That’d be AAA Mobile Game Quiz, 1102, and -5-. These are all real game names, believe it or not, and they’re getting front-page attention.

It seems the bug, which is present in all App Stores we tested — U.S., Canada, France, Germany, U.K., Brazil, Australia, South Africa, and Finland — is only present when the App Store spotlights subcategory games under the “What’s Hot” and “New” banners.

It’s a big problem for developers competing in an increasingly crowded mobile marketplace. With mobile gaming predicted to reach worldwide revenues of $21.1 billion by the end of 2014, lots of money is out there, and getting people to notice your game is difficult. Calling it something like “12345 Aaaaamazing Race Game” shouldn’t really be an effective way of getting App Store attention, but it is.

GamesBeat has reached out to Apple for comment and will update this article when we hear back. 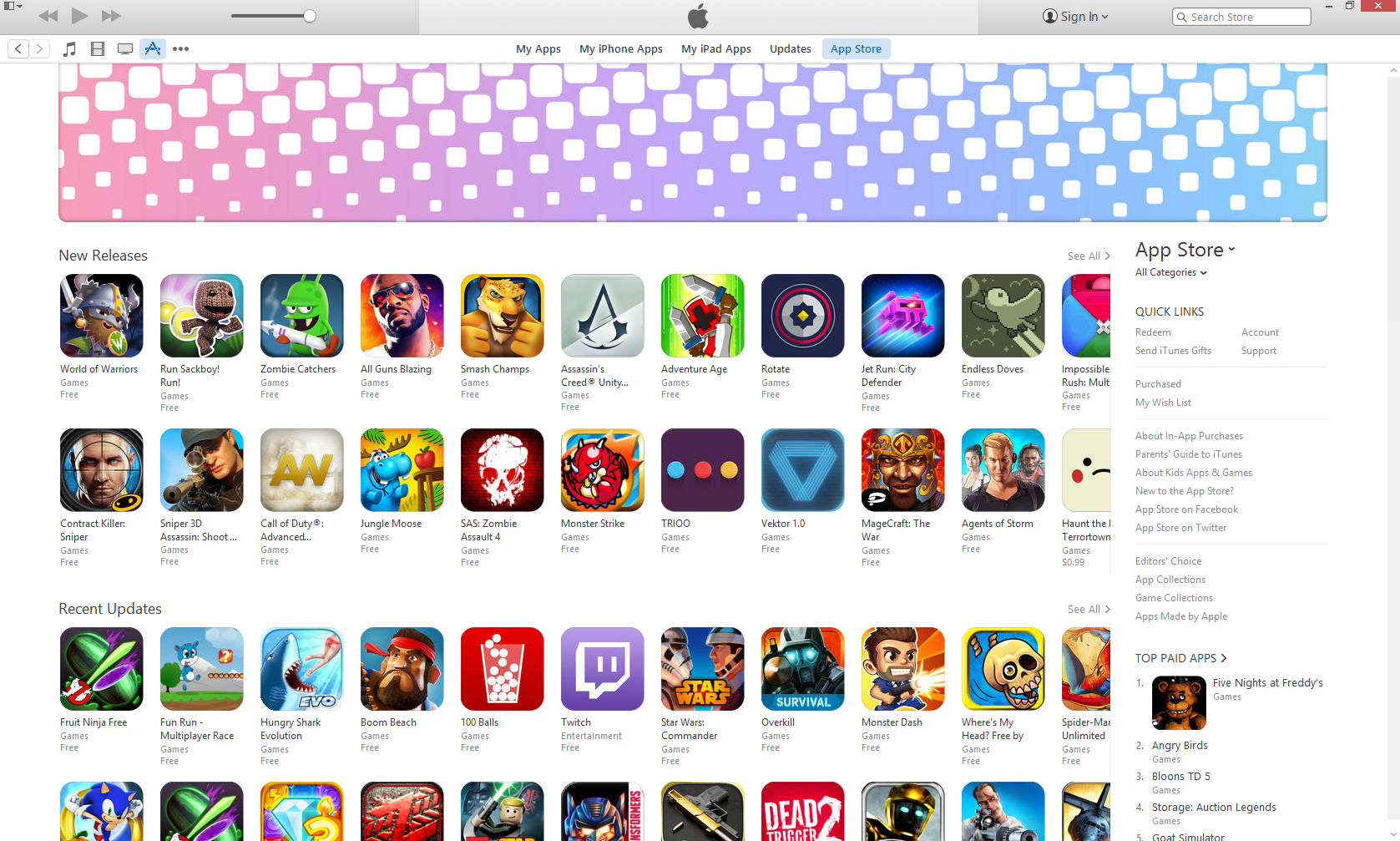 Above: This the action subcategory of the U.S. App Store. It’s one of the few actually working properly now.

Here’s what the bug is doing: 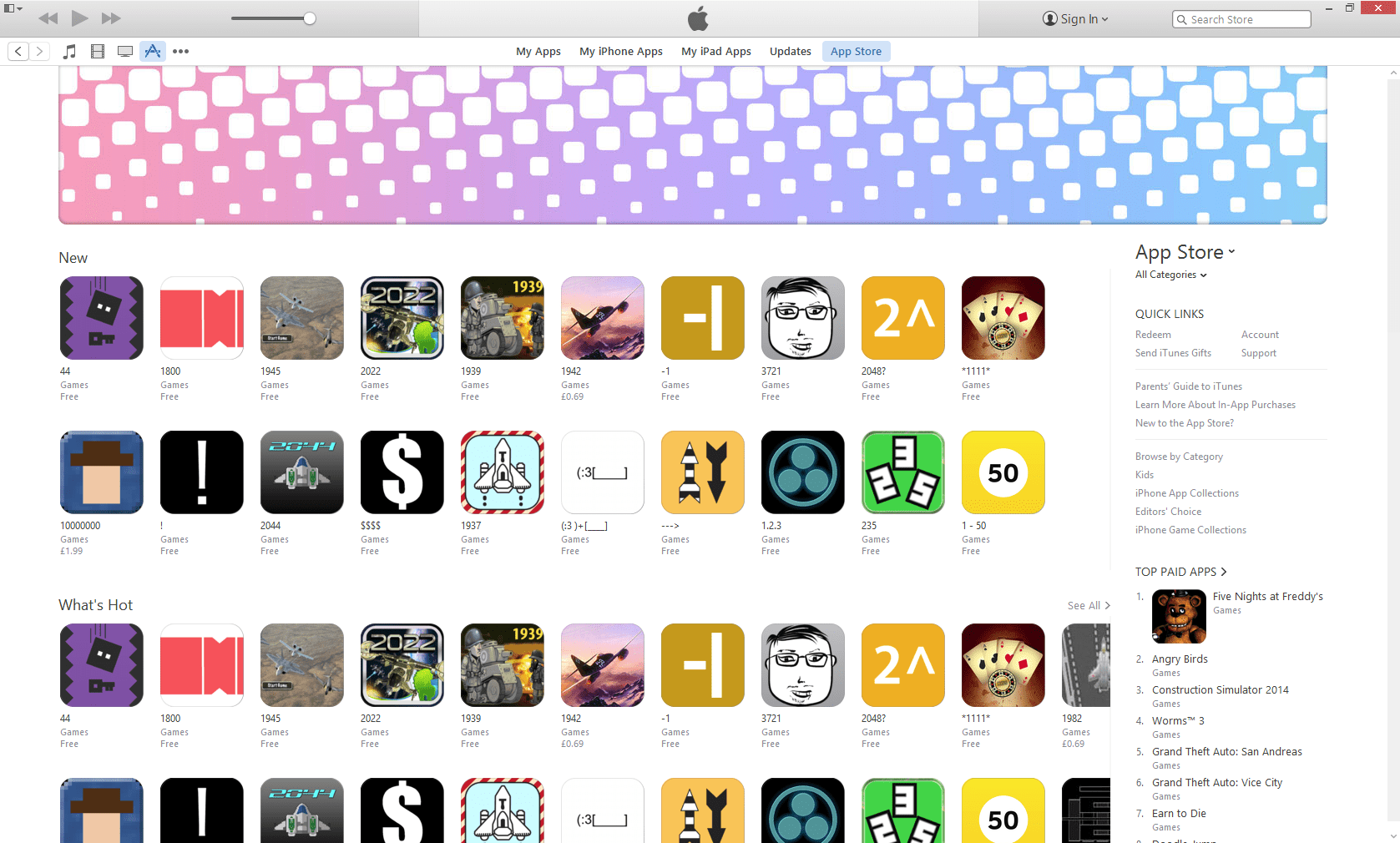 Above: Here’s the action subcategory of the U.K. App Store right now.

Sebastian Knopp, co-founder of German mobile solutions company Fluidmobile, alerted GamesBeat to the bug, which he first spotted yesterday. “I guess the guys whose apps start with those special characters and numbers don’t know what is happening to them and where all the organic downloads are coming from,” he told GamesBeat. “For indie devs who just released their games and were hoping for some downloads due to this placement, its a disaster.”

Looking at Apple’s support forum reveals that the problem has existed since October, at least according to forum user Triviasteve. “I reported this to Apple developer support back in early October,” he says. “It has been this way since then.”

He included a copy of an email he received from Apple, which states, “We are investigating the issue regarding the Games subcategories in the App Store. Case number 20741006 has been filed for this investigation.” He has heard nothing since.