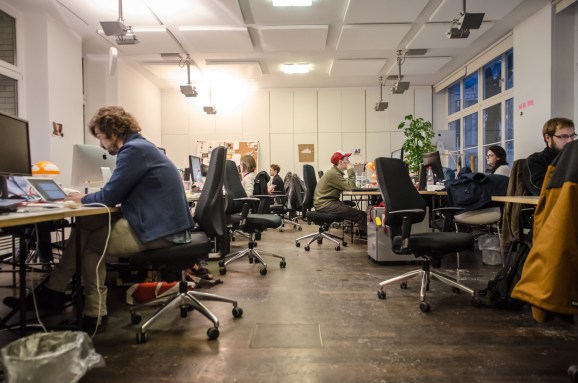 The U.S. is a “Shark Tank” nation, the United Kingdom is in a “Dragon’s Den,” and India is an entrepreneur heaven. The recent uptick in entrepreneurship is more than a trend but a global spirit of innovation.

The spirit of creating your own business is not new but has escalated in today’s market. The first quarter of this year was the biggest funding quarter for startups in five years, representing more than $2 billion in capital. Being a successful entrepreneur is no longer just a hope and a dream. There is real funding backing up the multitude of new businesses and great opportunity.

Innovators are creators and coders, entrepreneurs are doers. Startups consist of both entrepreneurs and innovators, and it is those developers-turned-innovators inside of startups that are the most influential. They are the technological experts, and when combined with an intense entrepreneurial drive, are forces to be reckoned with.

This is why this special group of entrepreneurial developers packs such a mighty punch in the market. According to Evans Data, while only 11 percent of developers are entrepreneurs, these 11 percent are the most influential across entire businesses. This is why we’re currently seeing a migration of Fortune 500 companies moving to Silicon Valley and other startup hotbeds such as New York, Berlin, London, and Singapore to be in the heart of where entrepreneurs live.

Even consumer brands like Campbell’s Soup and PepsiCo are embracing developer entrepreneurs, with programs like “Hack the Kitchen” and the PepsiCo10 incubator program.

Take the Target Accelerator Program at Target India. Acknowledging that innovation can come from anywhere, not just in-house, this global retailer incubates tech start-ups for six months in their own campus in Bangalore. Working alongside the Target development team, these startups are innovating the future of shopping experiences.

In IBM’s recent Business Tech Trends study of over 1,500 companies, it was revealed that pacesetters, or those who excel in their business goals, partnered more creatively with outside organizations, recruiting less traditional partners for their efforts.

These types of creative partnerships aren’t just about skills; it’s much deeper and more pervasive. Truly creative business leaders engage less-conventional partners, such as citizen developers, and entrepreneurs to help drive innovation. They’re also 70 percent more likely to use startups for project execution. And they’re remarkably inclusive when it comes to steering their IT direction — these leaders are about 2.5 times more likely to turn to startups and citizen developers for help with IT decisions.

Entrepreneurship plays a critical role to the ecosystem of economic success. So what are the top three characteristics that are integral for entrepreneurs to become part of a win-win situation with larger enterprises?

The success of India-based entrepreneurs in the e-commerce business is a classic example of the “David and Goliath” success laid out by these three characteristics. Entrepreneurs in India’s booming telecom space have reacted much faster to changing customer needs. They understand the market, its dynamics and because of their agility, they are in a better position to turn things around. And because of the unique flexibility these entrepreneurs possess, big enterprises are not competing with them, but rather embracing this innovation to help the ecosystem as a whole.

Finally, to truly showcase to larger companies the value of your idea and what it can do for their customer base – make sure you understand where the potential is in your business, and be ready to explain it in three minutes or less. Make it memorable by explaining the problems you want to solve, how you’re going to solve them, why your team is the best option for solving them, and the value you’re bringing to the market.

The opportunity for entrepreneurs exists now and will continue grow. As James Dyson, founder of Dyson, said, “We are all looking for the magic formula. Here it is: Creativity + Iterative Development = Innovation.”

Sandy Carter is general manager of ecosystem development at IBM.