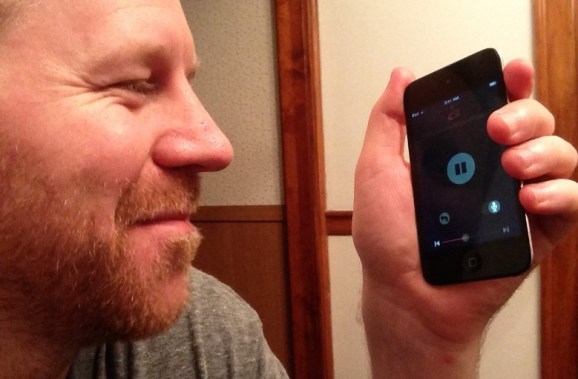 When The Secret of Monkey Island, Day of the Tentacle, and The Walking Dead are among your game-design credits, you might know a thing or two about how to tell a story.

That’s the logic behind Dave Grossman, a storytelling veteran from Telltale Games and LucasArts, joining game company Reactive Studios as its chief creative officer, where he’ll focus on interactive audio as a new storytelling medium.

Grossman was formerly director of design and writing at Telltale, which is famous for its episodic, story-based games like The Walking Dead and The Wolf Among us. He spent nine years at Telltale, where he assembled and directed the narrative team responsible for popular episodic games, or those that unfold a chapter at a time.

“I’m looking forward to exploring the uncharted waters of interactive audio and establishing principles for a new storytelling medium,” said Grossman in a statement. “The narrative design challenges are unique and intriguing, and there’s a lot of fun to be had here, for me and the audience both.”

Before joining Telltale, Grossman worked at LucasArts, the now-defunct game division of LucasFilm, which Star Wars director George Lucas sold to Disney. Grossman worked on classic adventure games such as The Secret of Monkey Island and Day of the Tentacle.

In his new position, Grossman will work on a platform for voice operated interactive audio dramas. Reactive Studios is a mobile developer whose games feature speech recognition as a control input for a responsive story composed of dialogue performance, sound effects, and music, the company said.

“Over the past year we have developed a new system for the rapid creation and episodic distribution of interactive audio stories,” said Jonathon Myers, the CEO of Reactive Studios, in a statement. “Dave is both an interactive narrative design veteran and a pioneer of episodic story release cycles in the video game industry. He’s the perfect person to embrace our technology and take charge of the creative and content aspects of our pipeline.”

Reactive Studios has also hired numerous engineers for its core technology team, which is based in Split, Croatia. Bruno Batarelo, a cofounder of Reactive, helped pull that together. Reactive Studios was founded in May 2013 by Myers, Batarelo, and Matt Albrecht.