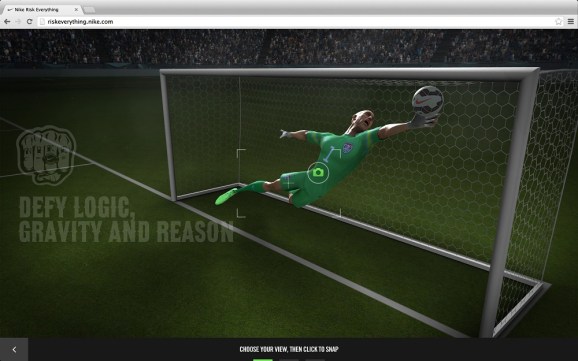 At this year’s Apple Developer Conference, most of the headlines focused on iOS 8 and the latest Mac operating system, Yosemite.

iOS 8 added a few new features, like QuickType and the much-awaited health-tracking app, HealthKit. But a bigger story got lost amid the noise of WWDC: Apple’s full support of WebGL for its desktop and mobile browsers.

What is WebGL? It’s a Javascript application-programming interface (API) that renders hardware-accelerated 3D and 2D interactive graphics without the use of any plugins or downloads. What does that really mean? Users now have access to professional-quality, in-browser graphics for games, ads, and other interactive experiences, on any device, including the latest iPhone and iPad.

Apple’s lack of support for Flash for iPhone and iPads is common knowledge in the gaming community. Its decision to not support WebGL, however, is less well-known.

Conventional wisdom had it that Apple would never turn on WebGL on its portable devices because it would threaten its App Store ecosystem. This was due to the high performance of WebGL apps and how the Web was outside the reach of App Store billing.

Software and services are a small percentage of Apple revenues, which hardware sales dominate, and arguably it was more important for it to have a truly leading edge browser. The simple fact is that people heavily use web browsers on portable devices, and it would be an obvious flaw if Safari couldn’t display cutting-edge websites or advertisements.

Meanwhile, Apple engineers in the standards bodies were consistently explaining that the delay was due to issues around security, reliability and power consumption, all of which they were attending to. They went on to add that they were supportive of the efforts by the standards bodies to promote HTML5 and WebGL.

They spoke true. The support is there, the standards are consistently applied, and developers can now build web apps and games that truly play across platforms. Apple’s decision to turn on WebGL in iOS 8 and Safari completes the picture.

Previous claims of cross-platform support for this HTML5 standard were largely worthless because they did not include the iPhone, iPad, or desktop Safari. That has changed, and this standard for 3D and interactive web experiences now works across all of the platforms that matter. This means that developers can write games, advertising campaigns, and rich media websites for any browser and they will literally work everywhere.

What this does show is deep confidence from Apple in their App Store ecosystem. This is all the more impressive given messages by the company that in the future, it sees the software and services part of its business becoming stronger than the hardware side.

Assuming that Apple is right, this is still a great opportunity for game developers. WebGL provides direct hardware access to the GPU and high performance, close to that of a native app. With its advantages of easy accessibility, discoverability, and linking, and the clear cost and reach advantages of going cross platform, game development using HTML5 and WebGL looks attractive.

The first market to feel the impact will be advertising. Curiously, Apple’s own iAD service was WebGL-enabled already, a clear signal that they understood the power of Rich 3D advertisements.

Beyond advertising, the Rich 3D browser experience will be everything we currently see on the Web, from more interactive and engaging websites through to games which will work cross platform without the need for a big porting effort and all of the advantages of a real-time cloud platform.

Paul Flanagan works in business development at Goo Technologies. Paul’s background in mobile games includes work with Creative Mobile and Tequila Mobile, with VC experience in the City of London.