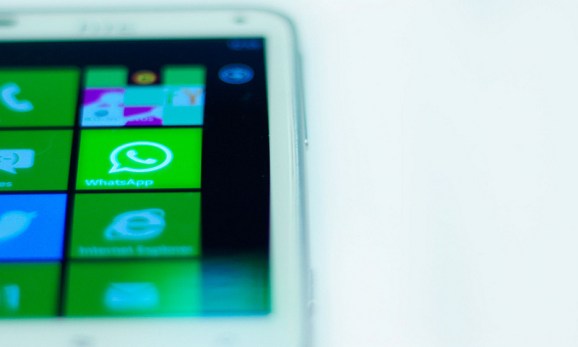 One of the hardest fights to be fought in the online messaging arena is getting mainstream players, like Facebook Messenger or Snapchat, to use end-to-end encryption.

“WhatsApp were really enthusiastic about it, but they didn’t have the means to do it. There aren’t existing protocols, there wasn’t existing software,” says Moxie Marlinspike, cofounder of Open Whisper Systems.

The organization’s mission is help develop protocols that enable companies to offer encrypted services to their customers. In addition to TextSecure, OWS has developed two encrypted voice apps: RedPhone for Android and Signal for iOS. What’s so exciting about encrypted messaging and voice is that the service provider won’t be able to access encrypted communications — even if law enforcement files a subpoena. It’s especially exciting when a provider as large as WhatsApp decides to incorporate encryption into its platform.

Right now, the update does not include encryption for group chat or mixed media messages, but OWS says that’s coming soon.

Marlinspike says that OWS is going to continue to develop its open source encryption protocols and will be looking to strike partnerships with other companies going forward. He also indicates that he’ll be looking to do the same for encrypted voice services. Considering that WhatsApp has already confirmed that it’s rolling out a voice calling service, it’s not unlikely that the company might extend OWS encryption protocols to its voice service.

It will also be interesting to see if OWS is able to strike up a relationship with WhatsApp parent company Facebook for its Messenger service.