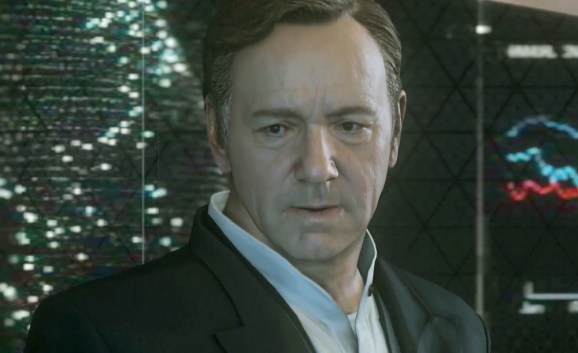 Kevin Spacey eyes the stacks of cash the Havoc DLC is pulling in.

You may run into issues playing games on Xbox Live tonight.

Microsoft has confirmed that its online infrastructure is experiencing a plethora of problems that will prevent you from accessing a number of features on Xbox One and Xbox 360. For example, I could not get my cloud-synced save for Call of Duty: Advanced Warfare and was forced to play offline. Microsoft is aware of the problem, and is working on it.

Here’s the statement on the Xbox Live system-status page:

“Are you experiencing issues on Live with features such as matchmaking, adding or viewing Friends, Messaging, and Achievements? Our team is engaged and working hard to get everything resolved. Thanks for your patience while we get this worked out.”

Here’s a full list of problems that Microsoft has uncovered: