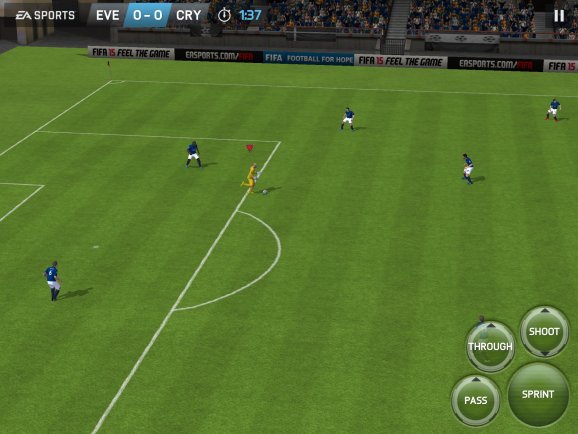 Mobile gaming isn’t the untamed wilderness it once was. These days, just about everyone knows what to expect from the iOS App Store and Google Play markets.

Familiar pop-culture brands and sports leagues make up a huge portion of the most downloaded games on iOS and Android, according to industry-tracking firm App Annie’s October report. These include massive movie franchises like Transfromers and Cars as well as the FIFA soccer league. These have helped a small number of companies establish their dominance on smartphones and tablets.

Angry Birds Transformers is of the best examples of this. The megabrand mashup finished October as the No. 1 most downloaded game. Cars: Fast As Lightning was No. 3 for the month, and it marks a successful run for developer Gameloft. While Rovio and Gameloft went with newer brands, Fruit Ninja studio Halfbrick proved that isn’t necessary. The four-year-old game shot back up the download charts thanks largely due to a tie-in promotion with Ghostbusters for its 30th anniversary .

“Fruit Ninja’s success presents an interesting twist to the trend of games based on licensed IP,” reads the App Annie report. “Licensed updates may have an advantage in the form of shorter development cycles and lower costs while still providing a desired spike in downloads.”

While movies and television are helping games targeting younger crowds, publisher Electronic Arts is hitting a potentially much larger audience with its FIFA 15 Ultimate Teach game.

“Over the past year, mobile sports games have become a significant part of Electronic Arts’ portfolio,” reads App Annie’s report. “Based on its latest earnings release, Electronic Arts’ mobile games averaged 155 million monthly active users during Q3 2014. Of this, its mobile sports games averaged 40 million MAUs during the same time period, a gain of 250 percent since last year.”