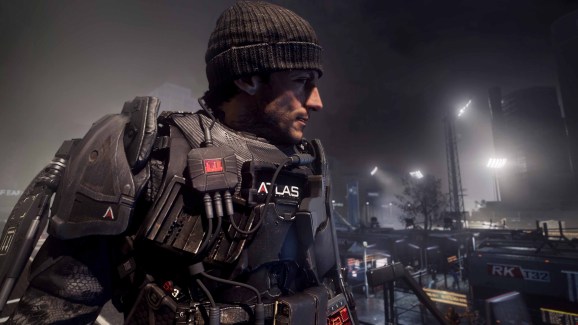 A solider considers getting into the game-making business.

The Call of Duty franchise has now made more than $10 billion, and Call of Duty: Advanced Warfare is a big contributor to that amount.

Publisher Activision revealed today that its latest military shooter has outsold all other games this year. That means Call of Duty is performing better than Activision’s other major 2014 release, Destiny. The company also noted that Advanced Warfare generated more revenue than any other piece of media in 2014. That includes massive films like Guardians of the Galaxy and singer Taylor Swift’s new album.  While Activision is finding creative ways to talk about Advanced Warfare’s success, it did not provide any specific numbers.

The Call of Duty series has sold incredibly well since the debut of 2007’s Call of Duty 4: Modern Warfare, and Activision has relied the series’ performance with an annual release every year since 2004. That has helped the franchise quickly get to $10 billion, which is a massive figure for any brand.

“We poured our hearts into making Call of Duty: Advanced Warfare an epic ride, and we are pleased with the performance,” Activision Publishing chief executive officer Eric Hirshberg said.

Call of Duty: Advanced Warfare’s success is good news for Activision as many industry analysts worry that the series is on the decline after last year’s Ghosts failed to make as much money as 2012’s Black Ops II. Cowen & Company analyst Doug Creutz noted that preorder numbers were down for Advanced Warfare compared to previous year, but Activision has found that sales are looking up.

“Sales and engagement are up through the first week compared to last year,” said Hirshberg. “Season Pass sales are up, as well. The game has been very positively reviewed and the response from fans has been tremendous. We believe Advanced Warfare will be the most successful game of the year, and we thank our fans for making it the biggest entertainment launch of the year.”

Advanced Warfare got a big push from digital sales. The publisher said the shooter is the highest-selling digital launch for any console game ever, according to Activision’s estimates.